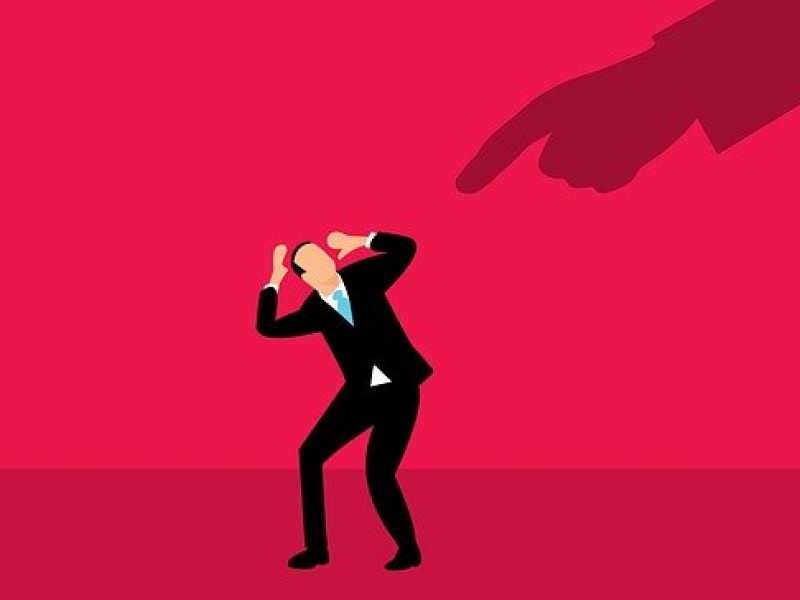 The Bottleneck: Fraternities delegate too many responsibilities to Executive Directors and staff

Audio version of an article on Fraternity Man, because reading isn't everyone's strength.

In most medium-to-large, historically-white fraternities, the Executive Director/CEO (E.D.) is employed by an inter/national board. The E.D. is generally responsible for the maintenance of membership records and for managing communications between the various components of the fraternity. This makes sense because most E.D. positions are evolutions of a respective fraternity's secretary position (or equivalent). As fraternities grew in size, so too did the need for a full-time professional to manage such communications and records. Almost every fraternity constitution I've read describes the "fraternity" as its collegiate and alumni chapters. The administrative office (typically hired by the E.D., who is the sole employee of the board) is the equivalent of a President's Cabinet.

Modern E.D.s and administrative offices are not limited to record-keeping. That is another commonality among modern college fraternities. Look through the governing documents of an organization and take notes. In many (if not most) cases, duties reserved for board members or volunteer leaders may be delegated to an E.D. Sometimes the responsibilities are listed in detail. Other times they are as vague as "other duties as assigned." In either case, the authority to delegate responsibilities from elected leaders to this one position is broad.

That phrase, "other duties as assigned," is kind of a "wink, wink, nudge" joke in the professional world. We who are assigned the duties laugh off our overlord's demands for total subservience. It helps us maintain some shred of white-collar sanity. But it can easily transform a person with a job into a "whatever you need" stooge for the person at the top.

Why are these delegation allowances an issue? A fraternity's elected leaders are seldom familiar with the workings of the fraternity/sorority world. That is not meant as a slight to fraternity board members. I don't blame them! The rules and challenges are endless and ever-evolving. Plus, most elected leaders have full-time jobs or commitments which have nothing to do with their fraternity. So, over the course of many decades, fraternity presidents and board members delegated the majority of their responsibilities to the E.D. and fraternity staff.

Today, just about every function of a "fraternity" is an official or quietly delegated expectation of the E.D. position. This is not necessarily bad. A fraternity may have a highly functional executive or an informed and helpful board. But given the political nature of board elections (friends of friends and preferably friends with access to yachts), such cases are the exception and not the norm. Volunteer appointments, the enforcement of policies/standards, the establishment of new chapters, management of educational programs, and more are all centralized to these full-time, paid staff.

As a result, the expertise of a professional fraternity staff is necessary for a fraternity organization to function at all. Volunteers up and down the organizational ladder become little more than helping hands with disposable ideas and opinions. The more a group relies on a central office, the easier it is for a fraternity's volunteer structure to decay. A "national treasurer," for example, may have once appointed and trained a team of regional volunteers to help him accomplish his tasks. Now, he can assign it all to the finance professionals at the administrative office.

This is the big-picture problem for those fraternities and sororities with administrative staff. Few fraternity leaders or professionals recognize or challenge it. Those who do recognize it as a problem are either a part of this reality, yearn for something like it in their own organization, or do not care enough about fraternities to waste time trying to change them.

What happens when an inter/national organization relies on one tiny component of the organization to handle all of the work? That component becomes the most important, indispensable part of the fraternity. Closing a chapter means lost revenue and some angry members (who no longer have a vote anyway, amirite?). Try getting rid of all, or even half, of your fraternity's central office staff. The idea is unthinkable. Most organizations would lose critical institutional knowledge. That is why (other than low-level recruiter positions), many fraternities hire new staff from other fraternities or their pool of previous staff.

A fraternity's inter/national board, volunteers, and members come to rely on the E.D. and staff for all information related to the organization. As a result, every consequential decision or question funnels through just one or two people (The E.D. and the COO or a National President). In bad cases, this creates a "closed communication circuit" between an E.D. and the fraternity's board. The leadership of the fraternity is totally disconnected from the pulse of its members. Even high-level volunteers must communicate through the staff. Why bring functional issues to a board with no functional responsibilities related to the organization?

In all cases, however, our organizations make poor use of distributed knowledge. So one-size-fits-all policies and programs become the "norm." This is why special interests - think fraternal billing companies, educational speakers, software developers, fraternity researchers, and donors - target the administrative office and, ultimately, the E.D. They know that almost everyone in the organization relies on the expertise of the E.D. to make decisions. So most vendors have learned that creating and marketing products that reduce the burden or enhance the work of the fraternity staff is the key ingredient to getting a fraternity to sign more lucrative, inter/national contracts.

(It applies equally at the campus level. Sell the product to the Student Affairs person who oversees all of the councils. They'll get the money together and require that every chapter take part. Packed house [by force], money in the speaker's pocket, professional checks box saying they offered whatever type of education they are required to offer.)

You might say (as I would say when working for my fraternity's central office) that checks and balances exist, and you are technically right. The voting delegates of most fraternities are technically responsible for electing their board and enacting the policies and programs carried out by their respective board or delegated to the E.D. In my experience, students are regularly told by Greek Life professionals and leaders that they "have a vote" whenever a student brings up a complaint. But which organization focuses even a fraction of its resources teaching members to make use of their vote as they do teaching them the ever-evolving alcohol policies? (I found one [1] resource related to the governing processes of a fraternity after scouring 30+ websites)

A fraternity will vote to use software from a billing company like OmegaFi or GreekBill. Guess who reviewed the options and whittled them down to the one or two that members have a chance to vote on? The board members who are responsible for the fraternity's finances (or the exec/staff). An E.D. might not acknowledge the drinks, dinners, tickets to sporting events, or kickbacks he might receive for signing up every member to pay for the service. That said, such services aren't really for the members, they are for the administrative office and the inter/national fraternity. (Disclosure: I worked at Legacy Financial - now an OmegaFi product - from 2017-2019.)

Like all things in nature, people follow the path of least resistance. It may not be the best option for students, but "best," for most fraternities, tends to be whatever makes the E.D.'s and administrative staff's job a little easier. That is not a dig, just the opinion of an experienced salesman. A standard Health & Safety policy for all NIC fraternities? That makes things easier! We should not be angry at the E.D., the staff, or even the board members who delegate all of their responsibilities to such people. Instead, we should channel our frustrations into efforts to decentralize authority and to introduce more self-government at regional and local levels.

Too much power in too few hands drives everyone crazy.

To sum everything up. The biggest challenge and threat to college fraternities are not issues like hazing, sexual assault, substance misuse, or elitism. Those are problems of society; we should not be surprised when they show up within "social" organizations.

No, the biggest challenge facing college fraternities, and the reason why almost none of our attempts to combat the aforementioned issues are successful is that fraternities are not structured to funnel every decision through 1-2 people, regardless of their expertise. Fraternities are federations, not oligarchies or dictatorships. The power at the top is limited, but only if the members hold those limits in place.

None of this is to say that your Executive Director or your administrative staff or your inter/national board is corrupt. The vast majority of fraternity leaders and professionals are earnest in their desire to help. Furthermore, this process of centralization is typical of democratic organizations and societies.

Some suggest that change at the top will or can come from the top. Those people either are either blinded by the glow of authority or have not been exposed long enough to see the cracks in the system. Lasting change must come about through an organization's democratic processes. Anything else is at the mercy of the next man or woman in line.

P.S. You might now realize that your fraternity's administrative office is not technically the "headquarters." The most consequential decisions must involve a vote of the members.