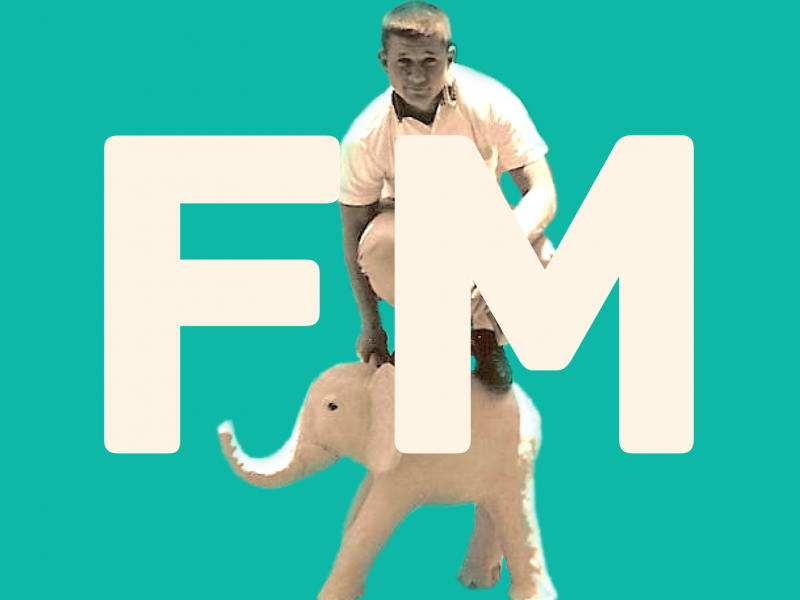 This episode features interviews with Aldo Cimono and David Westol on the topic of hazing.

What if much of what we consider to be hazing were accepted, legal, and regulated? Which practices, policies, and behaviors would be used to thwart danger? Was Aldo Cimino right to suggest that we would be better off embracing and reforming hazing? (Cimino, 2020)

This post is one attempt to explore those questions.

The Mawé people were the first to cultivate guarana, a natural and popular stimulant. They are better known for their famous bullet ant ceremony. When a boy is ready, hundreds of bullet ants are sedated and woven into mittens made of leaves - their stingers facing inside. A bullet ant's sting registers the highest rating on Schmidt's Pain Index.

Later, when the ants regain consciousness, a participant puts his hands into the gloves. His goal is to maintain his composure while the ants repeatedly sting him for 5 minutes, after which the gloves are removed. The boy's hands and arms may be paralyzed due to the ants' venom. Some hallucinate for one or multiple days. All Mawé boys must endure the bullet ant ceremony 20 times over the course of several months to complete the initiation.

Rites of passage are common tools to codify how age and maturity work within a society. So, why are we so unwilling to create legitimate rites of passage for the college fraternity experience? What needs to be in place for something like that (not dangerous, Western-society-approved "hazing") to be workable for those of us between the extremes of anarchy and prohibition?

My simple suggestion is this: Trust is an essential component in any productive relationship. The same applies to a rite of passage. Those going through any rite must have faith and trust in those who are leading the effort. The ones leading the effort should expect participants to take the initiative seriously. Finally, those of us on the outside looking in want to know that things are in control and safe - or at the very least not damaging or lethal.

People are receptive to rites of passage like those of Christians, Jews, Boy Scouts, and the Mawé. I believe this is - in part - because we all know what is coming. A Greek Orthodox society knows that their babies will be baptized in a tub of holy water and oil. Catholic children grow up expecting to go through Confirmation. Jewish boys expect a Bar Mitzvah. Most new employees expect a training or "probationary" period for their first few weeks or months of work.

Fraternity folks need to break out of our instinctual secrecy - and I'm not talking about the students. It is we, those who claim to be leaders and professionals in the fraternity/sorority space, who are closing our ears and minds to conversations about hazing. We are the ones failing to offer viable alternatives and pushing systemic bullying (hazing) underground where it can easily spiral out of control.

How do we build trust around what I expect would be a slew of new, challenging, and serious rites of passage? Here are some thoughts:

First, the rite of passage must be justified. The ceremonies of the Hamar people, for example, are connected to the fact that they are predominantly cattle farmers. Social fraternities are social organizations (and "social" is not a synonym for "party"), their rites of passage should be rooted in a person's place or role within society or the specific social network of a fraternity organization.

College fraternities revived the symbols and mantras of esteemed civilizations of the past. Why not adapt some of those ceremonies to the needs and expectations of modern men?

In any case, whatever the rite of passage is, it must make sense in the context of a college fraternity and a college-aged man in the "Western" world. Some may have a physical component, particularly if an organization values things like stoicism or grit. Others may emphasize a service, mental exercises, or some combination of many things. (Referring back to Cimino's 2020 report, there's a "Provisional white list of acceptable hazing practices" on page 8.)

A potential fraternity member may ask an initiated member, "Do you guys haze?" Whether or not the chapter does haze, the initiate would be wise to keep it quiet - especially if he does not yet know that the potential member can be trusted with a secret. We must break that reality.

This is where I might lose the (public) backing of inter/national fraternity executives (as if I had it before, lol). All members involved in the process must know what's coming, and new members must explicitly agree to take part. I don't see a way of making this work without some sort of contract or waiver.

(REMEMBER: This is not hazing as you know it, it is a justified rite of passage considered acceptable by Western standards.)

A written contract is an essential trust-building measure if we ever wish to break out of the limitation of maniacal prohibition. It defines and codifies the relationship between the initiated and the uninitiated. Furthermore, it eliminates ambiguity around whether or not the members of a chapter are violating the trust of their uninitiated members.

How can we further rid ourselves of that occasionally impossible question, "Is this fun times or hazing?" Make it all public. We know what the Hamar and Mawé people do for their rites of passage, and we can tell if they go off-script. Transparency is key.

So maybe a copy of the contract is sent to the parents. Maybe they must acknowledge that they've received it for a fraternity to initiate a member. What if a sorority member sees an initiated member treating an uninitiated member in a way that does not jive with their publicly available contract? She (or the member) can report it, and the fraternity/school/government has no legitimate reason not to punish the member.

Public pressure is important. Being open with our rites of passage (which does not mean revealing the secret of how your fraternity got its name) is an important step toward holding one another accountable - so long as we can stomach and respect the contractual agreements between fraternity men and aspiring fraternity men.

This is one broad and admittedly rudimentary take on how we might generally move toward embracing and reforming fraternity hazing. There are opportunities for it to fail, just as our current system fails from time to time. For example, having a written and signed contract does not mean that one party will publicize violations of the other.

I was happy to see Cimino's publication earlier this year. Students and alumni members should read and cite his work or explore some of the "extended learning" options at the end of this post.

We all want students to be safe. No one joins a fraternity to kill or be killed, so let's stop treating students who want a "challenge" as if they're murderous, power-hungry, strong men doomed to a shameful reckoning.