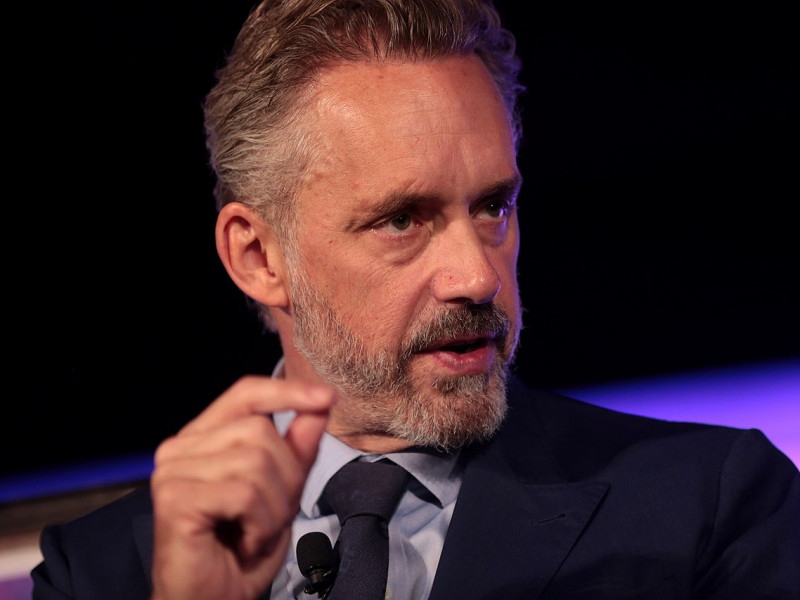 A friend once loaned me Jordan Peterson's, "12 Rules for Life: An Antidote to Chaos." I do not know if that friend was sensing chaos in my life, if he thought I would appreciate Peterson's words, some combination of the two, or something else entirely. I did not ask; I just trusted that he would recommend good books. Some friends are good at that sort of thing.

Jordan Peterson is a clinical psychologist and psychology professor from Canada. He has written a few books, including a follow-up book called, "Beyond Order: 12 More Rules for Life." I have yet to read or purchase that book. Beyond his profession, Peterson is well-known for his political views (or, at least, people's perceptions of his views). Peterson declares himself a "classical British liberal." Make of that what you will. His books would probably appeal to those who are interested in learning about masculinity without the word "toxic" thrown in front of it. I attached a resource from his website - an essay writing guide - to this article for those who are not familiar with him or his style.

It took me a long time to read 12 Rules - a full year. For many years, I read almost exclusively on airplanes. I flew often and read many books. I also take notes while I read in a Moleskin notebook called my "Reading Index." If I read something I like, I note the page number and the quote. I write very small (two lines per college-ruled line) and in all caps. An Orthodox Jewish man once looked over my shoulder and told me that I had "beautiful" handwriting, "truly," he said. The flight attendant agreed. I felt special. Anyway, I started flying less often and had trouble finding a suitable alternative (too many distractions, but early mornings and coffee shops seem to work).

Anyway, here are a few of the many quotes I captured while reading 12 Rules by Jordan Peterson. I think they would make for great discussion between friends, family, and brothers.

It is in fact nothing short of a miracle that the hierarchal slave-based societies of our ancestors reorganized themselves, under the sway of an ethical/religious revelation, such that the ownership and absolute domination of another person came to be viewed as wrong

Some argue that slavery exists in a covert form through prison labor. Some point to the fact that the actual slave trade still exists in parts of the Middle East and Africa. But Peterson points to the perception of slavery, and the relative rapidity with which most people on Earth became intolerant of the practice. Fraternities often dedicate themselves to the values and teachings of ancient (or at least historic) societies, but many of those were built and maintained through slavery. Aristotle, for example, is considered an ethical muse for democratic societies, but his ethical teachings applied only to free men, not their slaves.

Expedience transfers the curse on your head to someone else, or to your future self

I did not include any quotes about lying, but I recorded many. It is safe to say that Peterson is not a fan of lying. I found this quote to embody the spirit of what is wrong with a lie (no matter how big or small). It also touches on a bigger idea, that haste and expedience are rarely beneficial. This lines up with what I try to write about fraternities and their approach to hazing, substance misuse, and other behavioral problems. So, considering the public pressure faced by fraternity leaders and professionals, how might things look different if we were not expected to take immediate action in the face of a problem? If we had all the time in the world, what would our solutions look like when addressing sexual misconduct, elitism, or hazing?

A listening person tests your thinking without having to say anything

This reminds me of all the training I and others receive before facilitating a program. Facilitators are often encouraged and reminded to let students answer questions and to refrain from dominating the conversation. If there is silence, we are taught to let silence exist. Eventually, someone will get uncomfortable enough to answer the question. It makes me think of a listening exercise we do as a part of the Key Leader program, which teaches high school students about servant leadership.

Try this with your chapter. The moment of shock that accompanies the third step is hilarious and telling, and the listeners tend to do a much better job reciting their partner's story the second time around. What are the qualities of a good listener? How does someone show they are listening? Which nonverbal cues indicate that someone understands, agrees, or disagrees with what you're saying?

They weren't trying to be safe, they were trying to be competent, and it's competence that makes people as safe as they can truly be

The passage preceding this quote talks about the measures taken to improve the safety of a playground. Peterson notes that the children stopped playing on the playground as it was meant to be enjoyed and found new ways to expose themselves to danger.

There is a Facebook group called "Fraternity/Sorority Newsfeed." More than half of the news and opinion articles shared in the group are related to conduct violations (hazing, substance misuse, sexual misconduct). Without fail, at least one or two members of the group comments under such stories asking "How does this keep happening?" "Who raised these kids?" "When will it stop?" or some variation of those questions. This is not meant to knock the question, only to explain how it carries over into Greek Life and adult life.

Look at the challenges students face and the mistakes they make. What do these say about how students are trying to test and prove their competence? How can we help them become competent in safer and better ways?

It is better, proverbially, to rule your own spirit than to rule a city

We often tell leaders that, "If someone is mad at you, it probably means you're doing a good job." That is terrible advice, but it gets to what I take from this quote. It is easy to lose a sense of oneself in our various quests for authority, wealth, or popularity.

It reminds me of the Oscar Wilde quote, "Everything popular is wrong," and when Azealia Banks (the human embodiment of "idgaf") wrote, "McDonald's sells a lot of burgers but no one is telling McDonald’s that they’re the pinnacle of cuisine and taste." There is a lesson in there somewhere.

If you read Peterson's 12 Rules what were some of the standout quotes or takeaways from the book? What are your thoughts on these quotes? Feel free to share them through this site's Contact page, on Twitter, on Instagram, or Facebook. Happy reading!