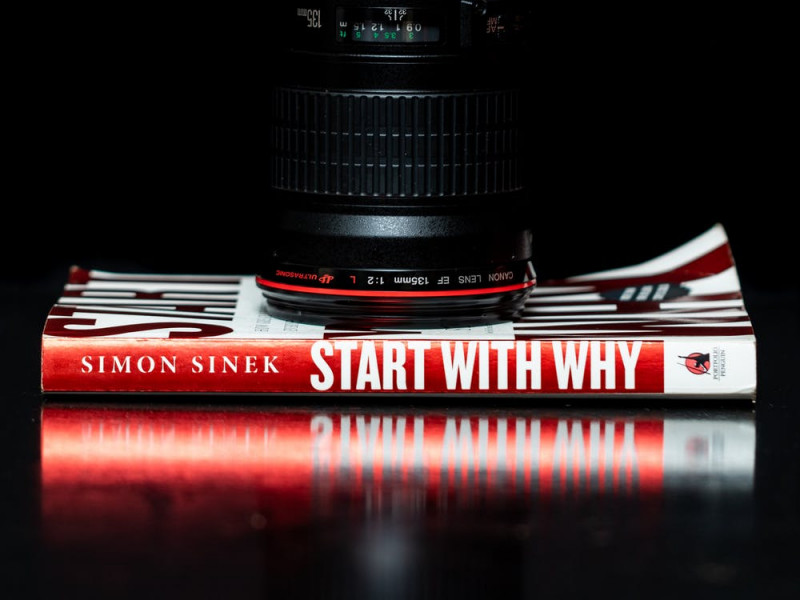 The Blindspot of Simon Sinek's "Start With Why" - No One Teaches "How?"

"People don't buy what you do; they buy why you do it." - Simon Sinek

What a guy, right?

Simon Sinek led one of the most insightful and impactful TED Talks. It certainly struck a chord within Greek Life and has been included in most leadership conferences I have attended. (More than 100)

Let me start by saying that I like Simon's understanding of leadership and messaging. He does a great job explaining that starting at "Why?," then "How?," and finally "What?" is a recipe for marketing and planning success. Popular examples such as Apple and Martin Luther King Jr. send the message home.

But, I observe an issue with this TED Talk and the following Sinek has amassed in the years since.

Everyone is starting and stopping at why and nothing is getting done (or done well anyway).

I have lost track of the number of times I've heard someone attempt to explain the "Golden Circle" and completely dismiss the "How?" and "What?" parts, but it happens ... a lot ... like almost every time.

The reason is understandable. Sinek claims that most organizations overlook their "Why?" and many who follow his advice overcorrect. Nowadays "Why?" is all we talk about. For those too lazy to watch the video, here's a breakdown of how the "Golden Circle" works:

Apple, one of Sinek's preferred examples, does not just say, "We do everything to be different" and magically obtain a killer product. They don't just make their products "user friendly" by willing user-friendliness into existence.

Being a different consumer electronics company is their "Why?," sure, but that took all of maybe 1 minute for Apple's founders to determine. Anyone can make an empty declaration. . . just follow the National Panhellenic Council on Twitter and you can retweet a bunch of meaningless sales speak.

Apple; however, focused on pushing consumer electronics to the limits of practicality. How could the design of the hardware and software make their product easy to use, out of the box.

"Design is not just what it looks and feels like. Design is how it works"

Steve Jobs - the brainchild behind Apple's marketing and uniqueness - was obsessed with the curves of his Mercedes Benz. He felt they gave his vehicle a smooth, effortless look that made his ride more enjoyable than any other luxury vehicle. He loved that the interior of his vehicle matched its exterior in taste and design. Steve Jobs noticed that computers, and their software, were generally ugly.

He hired engineers to give the same curvature and simplicity to his computer products and the operating system within each of those computer products. Just as one would expect the interior of a Mercedes Benz to compliment the design of its exterior, so too did the software of an Apple computer match its hardware.

Apple paid careful, obsessive attention to "how" they do things differently ("Why?") to achieve approachable computers ("What?"). When Steve Jobs was fired from Apple, they lost sight of the "How?" and profits plummeted. Then, when Jobs was re-hired, he slimmed down the product line and introduced the colorful iMacs and iBooks of the '90s. Then came iPods, iTunes, iPhones, and so on. Apple products are as much a status symbol as they are consumer electronics devices because their "Why?" and "How?" are in total alignment.

Like a game of telephone, Sinek enthusiasts have not accurately translated his total message.

Rather than pay equal attention to "Why?", "How?", and "What?", we now obsess over just "Why?". We teach students to start with "Why?" and promise that things will be better for them. Then, after we have focus-grouped and turned our "why" into some fancy version of "being betterer," we consider whatever we churn out (the "Whats?") as progress - regardless of their effectiveness.

The strange thing is that the "How?" and "What?" rarely change as a result of these knock-off "Start With Why" workshops. So everyone has a new reason for doing what they do exactly as they did it before.

Want to know why there is so much turnover in fraternity/sorority professions? Care to wonder why a school can't seem to keep policies or programs in place for longer than a few years without major overhauls? It's because the people in charge are asked only to figure out new reasons "Why?" writing new rules is the only way to change the world.

The fix is simple: spend more time in the painstaking, difficult exploration of the "How?" Knowing why you do something is critical, but it's not that hard to figure out. Spend more time in contemplation - or tinkering or whatever floats your boat - to determine how whatever you do is uniquely tied to why you do it.

With every sexual assault, shooting, hazing incident, discrimination incident, our audience demands immediate action and we cave, often doing nothing but suppress the problem. We do not have a specialized process to handle things in a fraternity way, or we might be able to fix problems instead of just responding to them.

Until we stop ignoring "How?" at the expense of the more exciting "Why?", we will continue to tread water. Our greatest challenges cannot be overcome by finding new reasons to do what we have been doing since 18-whenever-your-fraternity-was-founded. We will improve the fraternity experience by exploring "How?" fraternities can do things in ways no other organization can.

What Mr. Sinek couldn't capture with his clever, share-worthy quote (not for lack of knowledge, but to the detriment of his following), is that the "I Have a Dream" speech was a part of a plan. That plan took far more time, thought, and effort than determining the dream itself.