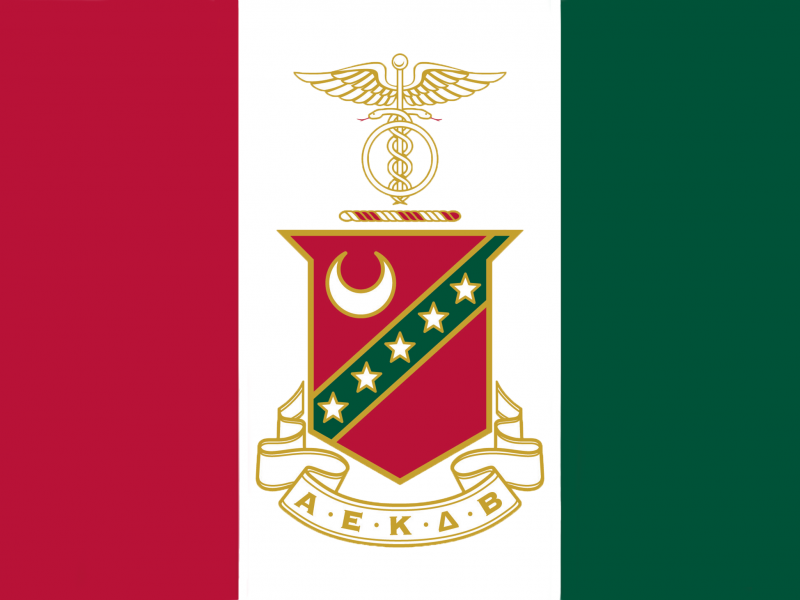 Kappa Sigma is the Real New Normal Fraternity, Despite the Hate it Receives from Peers

In 2018 Kappa Sigma cemented their position as the bad boys among Greek Life professionals (henceforth "FSL") with the Champion Quest 2018 video. Fraternity thought leaders lambasted the organization on social media. Why would a fraternity create a video which shows students at parties? Where are the clips of men performing community service? Why is Kappa Sigma like this?

Those not intimately involved in the discourse within FSL may not understand the meaning behind that final question. Allow me to explain:

Disliking Kappa Sigma is one of those quiet understandings within FSL. The fraternity has made a name for itself by expanding without recognition from college campuses. It is one of the largest fraternities in the world, but not a member of the North American Inter-Fraternity Conference (NIC) or any other fraternal umbrella association. Kappa Sigma shows a general disinterest in the FSL's ideological demands.

I do not care much for the video. It is a higher-end rush video with a bunch of generic "we are awesome" commentary. But in a world of watered-down "shared values" and leadership checklists, Kappa Sigma dares to be different. Plus, their members love it. Perhaps that's why the fraternity continues its contrarian streak. Kappa Sigma's current leaders care more about Kappa Sigma members than external special interests.

They promised a #NewNormal

The CEO of Sigma Phi Epsilon embarked on a mini media tour after some high-profile hazing deaths in 2017. He spoke of a "New Normal," which amounted to an alcohol-free housing policy, media tour, and de jure elimination of pledging. Basically, it was no different than any other FSL public pacification relations campaign.

There was nothing truly new about SigEp's "New Normal." Alcohol-free housing policies have been in place in many fraternities, including my own, since the start of this century (at least). Max Gruver, a student who died due to hazing, was a member of an alcohol-free housing fraternity.

Fresh oil in a busted machine

Still, the New Normal campaign served its purpose and temporarily appeased FSL professionals, melodramatic media personalities, and heartbroken parents. It offered quick-fix policies and the right amount of tough talk to make the average person believe it was a serious change for the better. Ultimately, however, the campaign probably did more to reduce SigEp's insurance rate than to change student behavior.

Look at Sig Ep's website today: It prominently features a promise to be a partner to higher education. That is important. SigEp in 2019 is guided not by its students or founding vision, but by its relationship to higher education professionals. This type of pandering undermines the NIC's supposed commitment to freedom of speech and association.

Update: SigEp has since left the NIC. The good news is that this means they're fulfilling what this post suggests - that a real "new normal" requires independent fraternities with independent brands and objectives.

The real new normal lies outside of the NIC and outside of failed policies from the past few decades. I realized that I was conditioned to dislike Kappa Sigma from my time working at my fraternity's central office. Working as a vendor serving fraternity members; however, altered my perspective.

I attended the national leadership conference at which Kappa Sigma unveiled the 2018 video. Their main meeting space was positioned in front of our vendor area, so I got a back-row seat at many speeches and sessions. One theme pulsed throughout the event: "We are special. We are Kappa Sigma."

The battle to win the favor of FSL professionals

Beta Theta Pi is marveled for its "Friends of Beta" initiative (or was, at least). They were one of the first fraternities to prominently feature non-members as volunteers for the organization. FSL professionals who were considered "Friends of Beta" wore the title as a badge of honor. The Fraternity shells out tens of thousands of dollars to sponsor dinners and keynote speeches at FSL conferences (such as the Association of Fraternity/Sorority Advisors/AFA Annual Meeting).

Beta became a valued partner, and other fraternities scurried to swoon, spend, and gain equal footing. A fraternity must invest heavily into the professional circuit. Those that do not risk being labeled a detriment to the future of the fraternity experience and students. I took part in this dog and pony show as an expansion director for my national fraternity. By the time I left the role in 2017, FSL professionals learned that they could influence the types of programs, scholarships, or processes of a national fraternity by holding university recognition or the right to expand over their heads.

None of the spending or swooning prevented Beta Theta Pi from playing home to one of the highest-profile hazing cases in recent history. Not "Friends of Beta," nor "I Am A Fraternity Man," nor five-figure investments in FSL conferences made Beta a safer fraternity. Only structural change and student leadership can accomplish that. The crazy thing is that FSL professionals generally understand this; they have the data.

Despite the lack of NIC membership or the disproportionate number of "unrecognized" chapters, Kappa Sigma is no less safe than any other historically white, men's fraternity. Their programming - from my own observation - is at least on par with that of other fraternities. The fraternity even refrains from signing lucrative "mandate" contracts with vendors. Kappa Sigma expects people to sell directly to students to get student dollars.

Is your fraternity as special as it claims to be?

Every fraternity touts itself and its members as the best and the leaders of the world of fraternity life. Behind the scenes, they follow the direction of the many fraternity special interests. Their internal messaging telling their members that they are leading the fraternity world is more often than not a farce.

There is no smoke and mirrors situation in Kappa Sigma. They take the term "freedom of association" seriously enough to be different. Compare that to the cherished fraternities of the NIC, which more often than not just regurgitate its talking points, word-for-word.

I love no fraternity more than my own, and this post should not be considered an endorsement of one fraternity over the others. My limited time as a SigEp adviser was great and I know and respect many of their staff and volunteers. But I am inspired by Kappa Sigma's willingness to be different. Their leaders are beholden first to their student members, and that's how fraternity should be.