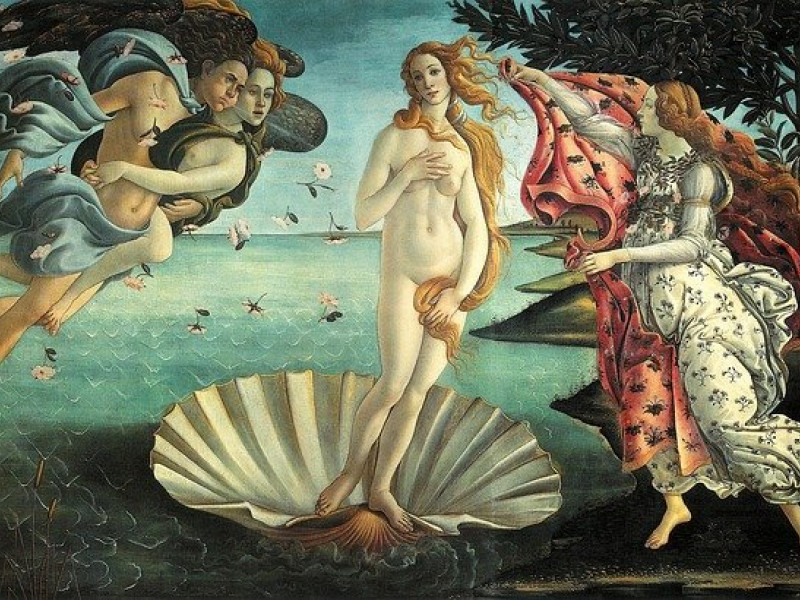 P.S. Venus Is Uninhabitable: Toxic Femininity & Why It Must Be As Discussed As Toxic Masculinity

There are quite a few articles on the internet about toxic masculinity, and since men and women can exhibit traits of "toxic masculinity," I think it wise to address an opposite force: "toxic femininity." As someone who was raised predominantly by a grandmother, mother, and three sisters, I grew into many feminine traits as a child.

All humans can or do exhibit masculine and feminine traits, they are not limited to one sex or gender and they are not as simple as a deep voice or childbearing hips. Unfortunately, the public conversation around femininity and masculinity is often aggressive. "Toxic masculinity" is now a key buzzword with a political motivation. It animates some, causes others to tune out, and the meaning behind those two words is casually ignored.

For the record, "toxic masculinity" is the idea that one can express masculine traits to such an extent that they are damaging to themselves or society. Traditionally "masculine" traits include logic, ambition, protection, independence, discipline, and strength - among others. Too much of a good thing is not a good thing, and so while masculine traits themselves are not bad, over-expression of ambition and logic, for example, may result in a "scorched earth" approach to problem-solving.

Toxic masculinity may be easy to observe because masculine traits are often outwardly focused and assertive. They are what we often see in the world around us from both men and women. Watch any political debate, including those with women. . . it's often one big bro-off. As Sir Isaac Newton declared: For every action, there is an equal and opposite reaction.

So yes, toxic femininity must exist. It is also equally toxic - if that's the descriptor we are choosing to stick with. But traditionally "feminine" traits tend to be more passive in their expression than masculine traits, so we may not see the effects of toxic femininity as obviously as those of toxic masculinity.

Note: Again, "feminine" is not "female" or "woman." We all express all of these traits. Feminine traits include passivity, empathy, sensuality, patience, tenderness, and receptivity among others. When over-indulged, these may result in individuals ignoring their mental or physical needs to sustain those around them. Toxic femininity is when one works to the benefit of others but to the detriment of themselves. It can appear as forms of depression, exhaustion, or wildly illogical solutions to complex problems.

Where do we see toxic femininity and toxic masculinity come into play as it relates to Greek Life?

Toxic masculinity shows up in situations where hierarchy, order, and discipline work to the detriment of a chapter - there is an exertion of force or ambition without acknowledgment for the needs and humanity of others in the room. It shows in our approach toward hazing and substance abuse - punitive policies and actions - and in dangerous forms of hazing itself.

Toxic femininity is on display when we place the "community" above the chapter. It shows when we prevent students from freely associating and creating new fraternities or sororities because we want to nurture and rebuild failing chapters - even if our help actually worsens the state of those failing chapters or simply delays their inevitable demise.

It shows when our members overextend themselves, often with our encouragement. Toxic femininity is on display when chapters recruit against their standards because they feel or are compelled to "build better men or women," because we want everyone to feel as if they belong, and because they don't see the threats to their chapter's viability. Toxic femininity shows in the 1,100 suicides taking place on college campuses every year, (which affects more men than women, by the way).

Mars (associated with the masculine) and Venus (associated with the feminine) are actually both perfect metaphors of toxic masculinity and femininity. Mars is barren, lifeless, and representative of a "scorched earth," where the atmosphere is too thin and too barren to nurture life. Venus is the opposite. Its atmosphere is heavy to the extent that it is poisonous and incubates the planet into a boiling, swampy mess.

Earth is right in the middle. Fertile and feminine enough to nurture life, but disciplined and masculine enough to push life to evolve further.

Here is why you must address Toxic Femininity: We all express masculine and feminine traits. We can all express either masculine or feminine traits to the extent that they harm us or those around us. To put one down and ignore the other puts men on the defensive and encourages men and women to suppress their masculine traits, which may push more people toward the extremes of femininity.

Life is balance, so balance your approach to discussing human issues and encourage students to do the same.