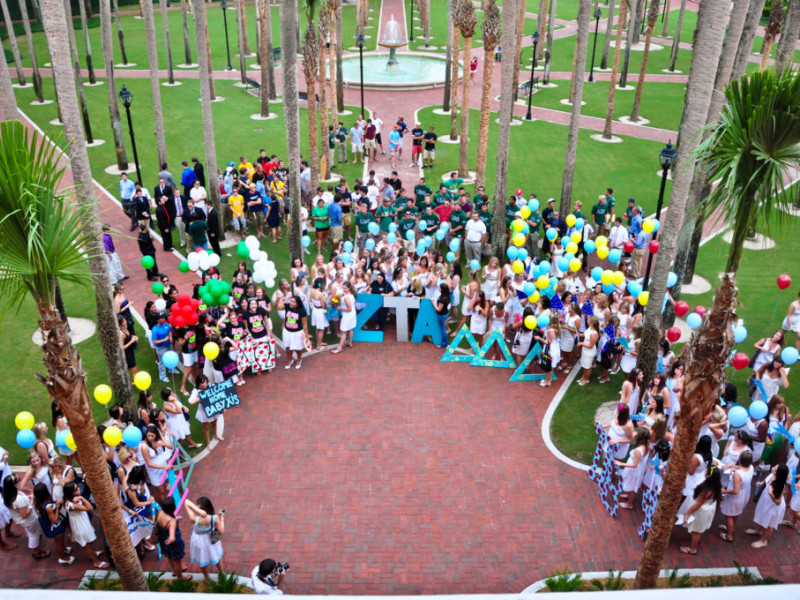 Ask These 5 Questions When Selecting New Members or Perish

There are five things you need to know about a person before you invite them to join your fraternity (or sorority). I could waste our time waxing on about abstract values, but people lie, and talking about values does not pay the bills.

First, some real talk ('cause we're friends, right?): We don’t need the news media and under-informed trolls calling us trash on the interwebs. But let's face facts: we have been recruiting slackers, and fraternity leaders and professionals are increasingly to blame. Dry, "formal" recruitment has done little (or nothing) to end deaths due to hazing, substance misuse, or low-initiative members. Furthermore, we have placed so many requirements on fraternity and sorority chapters that it is almost impossible to succeed without several dozen members. That means that as much as your campus professional talks about values congruence, the things they expect of your chapter require you to recruit as many people as you can.

On top of all that, we keep throwing out this utopian concept that we “build better men and women.” We don’t. Frankly, telling college students that they must make other college students “better” probably contributes to our issues. Never recruit someone you hope to make “better.” It’s not your place to determine someone else’s need for improvement. Your only job is to decide who will be a good member of your chapter.

Those who call themselves recruitment experts often suggest that chapters create "values-based selection criteria." But we may have been loose in our use of the word “criteria,” because most of the criteria I have seen (among dozens, if not hundreds of chapters) amount to a wish list of abstract values no one can objectively explain.

Will you get anything from this article?

Do you want motivated members? (Probably)

Do you want people who pay dues in full and on time? (Probably)

Do you want people who won’t get your chapter closed for [possibly] forever? (I'm going to go out on a limb and say "yes, probably")

If you answered “yes,” “probably,” or “IDK,” to any of the above, then continue reading. If you answered "no," then have fun at your membership review. I’m just kidding; those things are never fun. You will hate that process as well as the rest of your undergraduate experience.

Here are 5 questions to answer when choosing your new lifelong friends. These are prerequisites – which means that if someone fails to meet your criteria, they are out. No more Mr. "But we can fix them!" PNM = Potential New Member (or rushee or whatever you call them at your school)

1. Do you plan to attend college for more than one academic term? How?

Fraternity membership requires time and effort (more on that later). If your school requires that you recruit people before you know their grades, then require that PNM's provide letters from their professors before initiation to prove that they are not at risk of failing out of school. It is not your fault that your school and/or fraternity put an arbitrary time-limited on new member orientation. That said, it is your fault if you do not ask about academic performance at all.

Sidebar: Do not set your standard GPA requirement for new members or initiation higher than that of your active membership. Why should it be easier for members to maintain their membership after they’ve been initiated? When a new member sees that the GPA requirement is lower as an initiate, they automatically think that they can slack off after initiation. Have one standard GPA requirement (and make it something better than a D-average). Consistency is good. Giving people a clear marker of when they can start the deadbeat life is not good.

2. You will be required to pay $X. Can you afford that?

I remember walking down the steps in my chapter's facility and seeing a brother talking to a PNM at the bottom of the stairs. The brother turned to me and said something like, “Hey Nik, he’s asking about dues, it’s only $200 a year, right?” He followed that with a wink and excessive nodding.

“No," I said, "Dues are $425 per semester." Then I walked away. The brother followed me into the next room in what I would describe as panic. He asked, “Why did you say that? He was going to join!” There were a few reasons I did not lie about our dues. First, that is a messed-up thing to do to someone. Second, our chapter was $18,000 in debt at the time. We did not need any more bills that members could not or would refuse to pay.

You do yourself no justice by lying about the costs of membership or keeping them hidden until after someone has accepted a bid. "Costs of membership" means dues, fees, and anything you pay to your IFC. If you expect members to live in a house for a while then work that into your cost of membership.

Many people can’t afford fraternity or sorority membership. Some of them are probably great people. Here’s a sad fact: More than half of the chapters my fraternity closed during my six years on the national office staff were overwhelmed with debt. I was lucky to get my chapter out of that hole, but it was not easy. If your fraternity costs too much money, then you may need to lower your dues or petition your inter/national fraternity or school to lower its dues or fees.

Alternative: If you don’t care about your chapter’s financial well-being, just be honest about it. Say, “Do not worry about the money. We plan on going into debt and getting re-organized or shut down in 2-3 years." (Or something like that)

3. Can you commit 3-5 hours of every week to the fraternity?

Fraternity men lie about the time commitment of joining a fraternity like they lie about their height on Tinder. Your membership is not just an hour-long meeting a week. You know that; I know that; your new members will certainly find out.

If someone cannot commit 3-5 hours of every week to your fraternity then you should do one of two things:

If you lie about the time commitment, then your new members might quit once they realize all of the hoops that schools and inter/national fraternities make their members jump through. On the other hand, a member might stick around and just not show up. That is a problem given how many of the aforementioned hoops require XX% of your members to take part. Joining a fraternity is like adding another class to your schedule. It is not a part-time job (we're not talking 20 hours a week), but it is a significant investment. Do not set yourself up for failure.

Alternative: Do I need to keep writing these sassy alternatives? You get it, right? If you do not care about the time commitment, just say that. Don't even bother saying "one meeting a week." Just say, "Do whatever you want; you seem cool and we're desperate."

When I joined my fraternity, the chapter had just won some major awards. The members were very proud of their achievements. It gave them a sense of well-earned legitimacy, and they used it to their advantage. More than 30 men joined with me, but only 18 were initially initiated. Why do you think that was the case?

In my observation, the new members liked the brothers but were sold on the chapter’s legacy and not its future. Men joined a chapter that already won those awards. They didn’t join understanding the type of work that needed to go into winning them again. Some didn't make grades. Others could not commit the necessary time. A few did not have enough money. Celebrate your achievements when they happen, then talk about what it takes to achieve them again (or to surpass them).

Furthermore, pay attention to how a PNM talks about your brothers or sisters. Pay attention to how they talk about other fraternities or sororities. If they are trash-talking other organizations before they’ve joined one, then they are likely less interested in the people of your chapter and more interested in its image. That’s an issue when offering someone an invitation to a lifelong friendship. Let PNM's talk freely about what and who they like in other fraternity chapters. It will give you a sense of whether or not they are looking to join a brotherhood or whether just a way to pad their social resumé and have sex with hot people.

5. Can you be chill and sober?

Let's define a "chill" person as someone who is not abrasive, who has a sense of personal integrity, and who is easy to get along with. Let's define "sober" as tolerable without alcohol or inappropriately-dosed prescription drugs pulsing through their system. This might not be a question to ask a PNM point-blank, but it is good to gather opinions about someone.

Ask about them. Talk to their friends, your brothers, and even the PNM's professors. Are they insufferable in class? Perhaps they are just good at hiding it around you. Fraternities have long idealized showmanship. Showmen win awards, they get elected to officer positions, and they often serve as entertainment during social functions. That said, it is easy to confuse recklessness with showmanship.

Try to meet with and observe PNM's in settings other than social fraternity settings. Try to have a conversation about their hobbies, interests, or passions somewhere outside of a rush event. It does not need to be in a secluded place that your school or IFC can label as "dirty rushing." It could just be lunch in a cafeteria or on a walk to class.

The simplest way to change a chapter is through recruitment. Chapters typically close due to finances, issues of risk management, shrinkage, or a combination of the three. The five prerequisites mentioned in this article address those reasons for closure before someone joins your chapter. You may end up with a smaller new member class, but you will notice an improvement in your member's morale and your chapter's general performance.