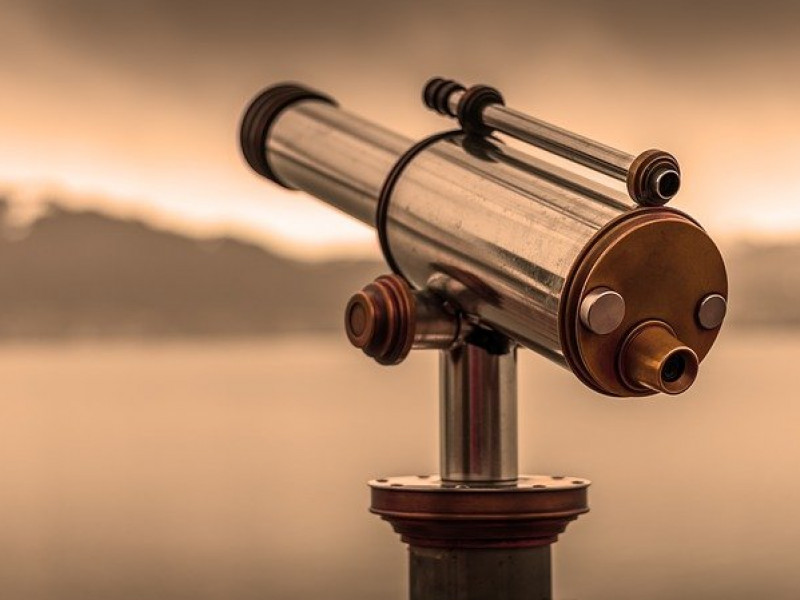 The Right People and Vision Are Better Than Trophies, A House, or Alcohol for Fraternity Recruitment.

I feel lucky to have been hired by Delta Sigma Phi amid a sort of organizational renaissance. The experience mimicked conditions under which I joined my chapter. In both cases, I signed on after a period that others remember as somewhat chaotic. In both cases, I joined due to the inspiring visions of determined leaders with clear objectives.

Joining A "Fraternity of the Year"

I pledged to Delta Sig at Stetson University in the fall of 2007 - just months after they earned themselves a Pyramid of Excellence (our fraternity's top award) and Stetson's "Fraternity of the Year." Just a couple of years prior the chapter would have been considered an "unranked challenger" in any competitive match-up.

The chapter was disbanded in 1998 due to movie-like misbehavior. Delta Sig re-established the chapter in 2002 and they chartered in 2004. Those early years were tough. The chapter was relatively small and few alumni returned to advise. The national fraternity - facing its own financial and organizational issues - was unable to support chapters then as it does now.

But the students were determined to improve upon their position. A series of student leaders took it upon themselves to transform the struggling chapter into a top-tier organization. To do that, they didn't pitch what was great about themselves to potential members; they sold what could be great with the help of those potential members. From around 2005-2007, the chapter experienced a massive transformation. (There are always ebbs and flows to success, but the organization is in a much better position today than 15 years ago.)

As previously noted, the national fraternity was not in much of a better position than our chapter in the early 2000s. Organizational politics resulted in mismanagement, and a search for a new Executive Director failed . . . twice.

Then, the Fraternity hired one of its consultants to serve as its Executive Director under the guidance of the board. He was 24-25 years old at the time, and - as legend has it - spent his early years visiting chapters to collect dues himself. I've met many of the people from this era, and I can assure you that the situation did not arise out of incompetence (they are all successful in their own right). The only issue was a lack of leadership and direction. As organizations or societies grow, their complexities can often get in the way of their purpose.

In any case, Scott (the Executive Director) and Paul (a member of my chapter who took their charter in 1998) offered me a position to the fraternity staff in 2010. Delta Sig had recently initiated a partnership with Phired Up Productions, whose tactics I had successfully used with my chapter brothers since Josh Orendi's visit to Stetson in 2009.

I was a part of a recruitment team of 5, and we took part in one of the most successful periods of growth in our fraternity's history. The chapters we established are not only functional to this day, but many are consistent competitors for leadership in our fraternity.

Getting People To Pay For Something They Must Then Build

That is the challenge of recruiting founding fathers to a nonexistent fraternity chapter. Some other selling points? They will often face tepid alumni support, may have tepid campus support (Student Affairs pros have many responsibilities and authorities), and the fraternity consultants who recruit them will be hundreds or thousands of miles away. It is a tough sell, but one that creates fraternal magic when it works.

What encourages men to start a fraternity chapter, then? Simply put: It was whether or not we could inspire them to understand how creating Delta Sigma Phi at ___________ college/university could be a legacy? "What bothers you and the other students at this school? What do you hate about Greek Life? What if you could be with people who want to change the same things you do?"

Students at Wittenberg spoke of bubbles and students at Loyola spoke of a need for greater [Chicago] community engagement. It would become clear within the first weeks of a growth campaign how our chapter could uniquely benefit a campus community.

Even the other fraternities/sororities would contribute: Texas State's IFC asked us specifically to work to improve the overall fraternity GPA. So, we let potential members know what we were there to do.

With these ideals in mind, we would ask potential members whether or not they were up to the challenge. Throughout my time, we established chapters of 25-120 men - many of which went on to become highly decorated award-winners. In almost every case, it was accomplished without a house, trophies, flagship events, or even members!

I focused my efforts as a staff member on promoting niche development within chapters even after my time as a recruiter. The concept works in business, politics, and nonprofit fundraising. Define what you want to be and how you want to get there. Then focus on attracting talent interested in working toward those aims. That sounds like common sense, but it's not how we compel fraternity chapters to recruit.

Part of that is due to the formal recruitment model, which turns the membership process into a mass-produced mess of formalities. Another part is the need for manpower to complement our success in creating new standards for our student members. Both promote the idea of growth at all costs, and both give fraternities little incentive or space to define what makes them unique. (As a result, personalities become the unique trait of a fraternity chapter. That may be why we all seem obsessed with personality tests.)

Our new chapter campaign at Oglethorpe University ran into roadblocks within days of our recruiters' arrival. The advisor we worked with in the spring term moved on. A person new to Oglethorpe, but also Greek Life in general, took their place. So, things we agreed to in the spring were no longer the case in the fall. The other fraternities established a rule that our recruiters wait until the final day to extend any invitations for membership. That meant less time to recruit, less training for the founding members of our chapter, and less competition for the other chapters.

We ended up with a group of about 12 men, which declined to 7 within a year. I picked up the Oglethorpe chapter as their national consultant at that point. (Consulting was never my full-time job, but I managed those operations and worked with 3-5 chapters for experience).

Within a year the chapter's size grew by 187% to about 20 men, all by limiting their target market. By the next year, they surpassed 30 men. Their members were leaders in a wide variety of student organizations, including the IFC, and many came from outside of the United States. In terms of our fraternity's values of Culture, Harmony, and Friendship: the Oglethorpe chapter was (is?) a great representation.

This didn't come about because of my advice or because the chapter picked some core values to shout at people.  It happened because the members defined who they were. Then, they tailored every effort to attract members with similar affections. In other words, their "How?" matched their "Why?"

Build your niche based on who your members are and what they want to be. It is okay if the men you have today are not a representation of what you would like to be in 2 years. Lifelong membership means potential for lifelong growth.

Developing consistent recruitment pipelines (a service-oriented chapter recruiting from service organizations, for example) is the key to long-term success. Even if your chapter revisits or adjusts its niche every 2-3 years, the value is having a clear, decisive direction. You want men to be able to picture themselves as a part of your chapter, so paint a picture of the type of experience they can expect when joining.

A chapter brother made the following video for our IFC. Although these weren't literal niches of each fraternity at our school, the video gets to the heart of why men join a chapter: potential members need to be able to envision themselves as a part of your fraternity. That's easier to do when they know exactly what your fraternity is about.