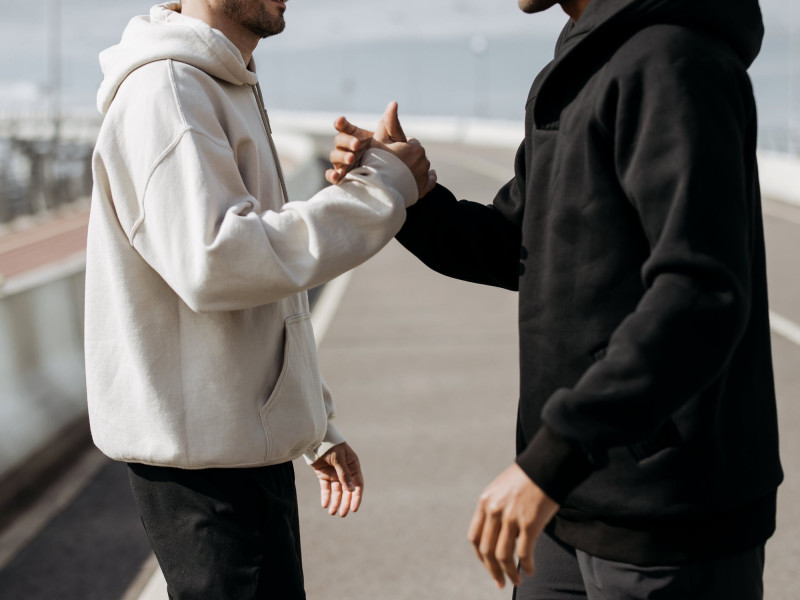 I remember watching a television series detailing the inner workings of various gangs throughout American history. After learning more about them I came to a realization: "Gangs are fraternities."

An article by Ibram Kendi for The Atlantic made a similar point. In Kendi's case; however, he chose to focus on the similarity being that fraternities and gangs both hurt people. Kendi then pointed to contrasting public responses to such hurt. Fraternities, as Kendi describes it, are treated with tender love and care. Gangs and gang members, however, face a more forceful hand. Kendi claims that the reason for this contrast is the status and privilege of fraternity men compared to those who join street gangs.

The North-American Inter-fraternity Conference (NIC) put out a simple statement suggesting that the Atlantic's claim was "preposterous." The statement notes that fraternities help improve their communities and referenced several fraternity policy initiatives to combat sexual assault and other violent acts. Neither Kendi nor the NIC effectively proved their respective points. Kendi leans too heavily into comparing fraternities and gangs on the basis of "violence." It's too easy to dismiss his greater argument due to that claim.

For its part, the NIC fell for the bait. It zeroed in on the violence element of Kendi's argument, as did the general choir of fraternity men on Twitter. The NIC tried to make the case that fraternities "build communities," as opposed to destructive gangs, but it failed to acknowledge that gangs are a part of many communities. What do fraternities do for those parts of the communities?

I've written before that everyone has their own version of a fraternity. There are; however, a few organizations that share a greater relation to the college fraternities we know today. Religion, political parties, secret societies, and gangs all share striking similarities in structure and culture.

Many street gangs, such as the Latin Kings, have nationalized structures with local, semi-autonomous chapters. The Kings, for example, operate over 160 chapters or tribes in cities across the country. Large gangs have rituals, membership manuals, and initiation ceremonies.

Latin Kings reportedly rise through three stages of "Kingism." The lowest stage where one acts from impulse (the "id" in scientific terms) and the highest is a stage of self-awareness and actualization (the "superego"). Those stages are outlined in the Bloodline Manifesto, which operates as a ritual book would to any fraternity or sorority chapter. Gangs utilize colors, hand signals, symbols, secret handshakes, and secret terminology to build camaraderie between members and to better identify friends and enemies.

A King who contributed to a New York Magazine article detailing these practices explained the symbology of placing one's fist over their heart as follows:

A fist upon our heart. It means "I DIE FOR YOU" for you are flesh of my flesh, blood of my blood, son of my mother who is the universal nature and follower of Yahve, who is the Almighty King of Kings.

It sounds like a poetic version of, "any of these guys will have my back if I need it." We are all brothers for life bound by fancy words in mysterious books explaining how it's better to stick together. The similarities are abundant, and one might assume that complex, inter/national gangs were influenced by the same organizations which influenced fraternities: Religions, secret societies, and philosophers from throughout history.

Arguing with no intent to find common ground

Where Kendi made a misstep in communication (from my perspective) was to lean into "violence" as the common denominator between fraternities and gangs. I do not believe it was his central argument, but the comparison distracted many fraternity men from his bigger point. Fraternity men already feel unfairly targeted by news media. That (valid) paranoia only proves Kendi's point.

Look at the public outrage around fraternity hazing incidents that occurred in recent years. When do we feel the same sense of urgency to address gang-related homicides? How often do you even read about gang-related homicides? The NIC was adamant to explain that gangs are more violent than fraternities. Do we prove Kendi's point when the only young men we care about are our own?

The tactics employed by "hazing prevention experts" are the same as those which built the underground drug trade/war. They are proving as unsuccessful among historically-white fraternities as they did with Al Capone. We are too distant from the world to learn from it and too educated to accept that we too succumb to human nature.

Membership is an opportunity

Men join fraternities for companionship and the opportunity to network with others who can improve their lives. Students are effectively promised a connection to the fast-track every time we tout the number of fraternity men in Congress or running the biggest businesses in the world. Men join gangs for companionship and the opportunity to rise through a network, too.

However, a gang member's world is not one where a sitting U.S. Senator will host a Q&A with the gang's lead supreme leader and tell the members that they are lucky, special, and exceptional. Gang violence stems from dealing in black markets, not because their organizations are structurally evil and fraternities are structurally good. No. Structurally, they are about the same. Fraternity parties and rites of passage also risk becoming harmful and violent when they are pushed underground.

Appendages of the college, NOT the community

Here is the big point: The more fraternity leaders allow our organizations to exist only as appendages of a college, the more they limit members' ability to grow beyond college. Our organizations are attempting to maintain some sort of status or honor that died well before the turn of the century.

It is relatively common for college men to join a fraternity - they are bigger than they have ever been. But fraternities will disappear if we don't adapt to the times. We are forces for good, and we improve many lives, but we cannot lift the whole community if we refuse to help in all areas of a community. Fraternity men are described as the leaders of the world, but we distance ourselves from the world's greatest problems. To effectively address those problems we must see ourselves as more than just student groups. We must be willing to program events and meetings in the communities we claim to build.

We are beacons of friendship. Our goal should be to teach the world how friendship enhances collaborative work and a sense of community. Let the students interact and collaborate with more community organizations. Invest their dues in services to boost their confidence and help all young people develop vocations. The NIC failed when it tried to distance fraternities from gangs. Rather than putting out a statement about how great fraternities are in comparison to gangs, we should have acknowledged the similarities. We should have explained that those similarities create opportunities to improve both fraternities and gangs.

That is what it means to take the high road. The proper response to an article meant to sow anger and division is to create avenues for unity.