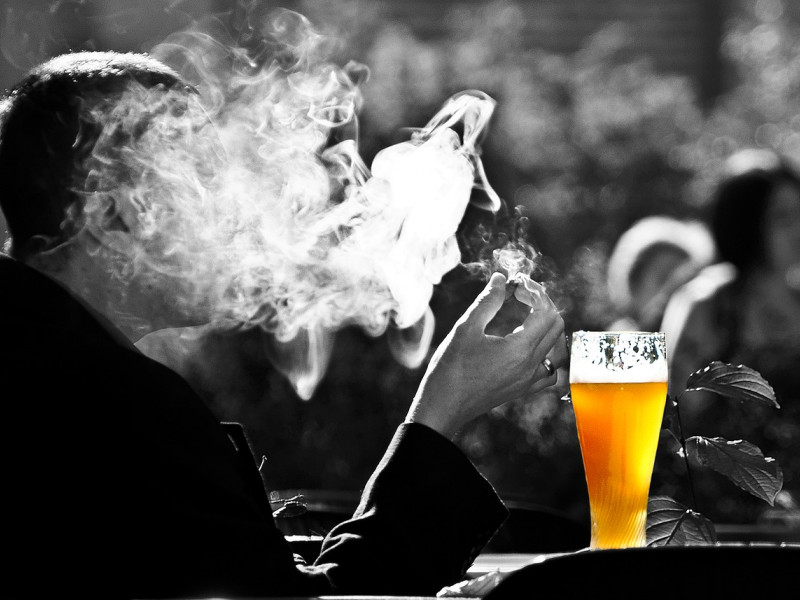 Hazing Is More Deadly When It's Prohibited

Pennsylvania recently passed new hazing legislation thanks to the tragedy at Penn State and the diligent work of the parents of the hazing victim. The North-American Interfraternity Conference's coalition with parents of hazing victims seeks to enact more prohibitions like Pennsylvania's in other states and federally with the Reach Act. A quick online search will show that the number of deaths attributed to fraternity hazing has increased since the turn of the century. That coincides with increased hazing prohibition at the state level and excessive spending on anti-hazing educational programming from experts in the field.

Prohibition Makes Desirable Things Happen In The Most Undesirable Ways.

Let us look at some examples:

Alcohol: The clearest example is alcohol prohibition, which resulted in the closure of nearly 200,000 saloons and parlors across the nation with the passage of the 18th Amendment. Alcohol still existed and was still consumed, only now it was done in secret and the only means to acquire it was through cartels like that of Al Capone - widely regarded as one of if not the most deadly gangsters in American history. (Chi-city baby!)

As a result of prohibition, these cartels began selling harder alcohol. As is noted in this piece by Forbes about marijuana prohibition (getting to that), it was much easier to hide a single barrel of whiskey than eight barrels of beer with the same alcohol content. The product got stronger, more dangerous, and the secret activity around it created a more deadly environment for those involved in its sale. Interestingly, this exact same thing happened as fraternity organizations implemented alcohol-free housing policies. The policies did not prevent alcohol consumption and may have actually pushed chapters away from beer and toward hard liquor (which the NIC fraternities specifically banned in 2018). Now, several fraternity executives have quietly told me that they are interested in allowing beer and kegs at fraternity events because they cause less harm. Go figure.

Cigarettes: Many have heard of Eric Garner, a New York City man who was killed by police at a time when the Black Lives Matter moment was at its news-media coverage peak (it must no longer drive healthy advertising revenue. . .). Garner was killed while under arrest because he was suspected of selling single cigarettes on the street without tax stamps. The price of a pack of 20 cigarettes includes a $5.85 combined state/local tax in New York City. Whether you like or dislike cigarettes or a person's decision to smoke them, one can assume that there are more pressing criminal activities demanding NYPD's attention.

Marijuana: Returning to the Forbes article - Marijuana, a substance that has not resulted in a single death in the known history of the world, has become more dangerous due to prohibition. In addition to the violence surrounding the illegal trade of the drug, laws which penalize someone for the amount of marijuana they possess in grams encourages consumers to seek marijuana with higher THC content (the stuff that gets you high) often at the expense of the plant's CBD content (the stuff used to treat epilepsy and which neutralizes the neurosis-causing effects of long-term THC use).

Dealers benefit from more potent stuff because it means there is less for them to transport in general and with each transaction. That is only a problem where marijuana is still illegal. Containers and packages are labeled with the THC content and the anticipated side effects of a strain of marijuana in those states where it is legal (assuming the taxes haven't driven consumers to return to purchasing from an underground dealer). Which brings us to . . .

Opioids: Incarceration of illegal users of opioids is expensive, does nothing to address addiction, and results in those same addicted abusers returning to prison for repeat violations. We would save lives and tax money if our focus was, like alcohol, on rehabilitative services

Our uneasiness in dealing with fear and addiction drives our desire to banish and blame those things which lend themselves to abuse. It is an interesting phenomenon to watch fraternities position themselves as stewards of mental health while continuing to support policies criminalizing those who exhibit poor mental health (the men who succumb to systemic bullying/hazing).

Perhaps those students and alumni who desire a rite of passage are not criminals. Could we help chapters move away from forced consumption, physical abuse, and mental abuse and toward a more rewarding, relevant challenge if conversations about hazing could be had without disclaimers and "amnesty" rules?

Students seem to find a way around each new rule meant to combat hazing anyway. The proof is in the numbers, more student deaths are attributed to hazing this decade than at any time in history. No laws, lectures, or "standards of excellence" programs have made any measurable impact (keyword: measurable). It is obvious to anyone who can read and/or who has dealt with addiction: Criminalization is not a viable solution. Chapters that succumb to hazing are shut down. Fraternity leaders delusionally believe that they will be permanently "better" when they are re-established. The idea is that the re-established group will be properly educated on the risks of hazing and the criminal penalties one will face for hazing. But the risk management issues return because nothing has changed behind the scenes. People still want a challenging rite of passage, and fraternities offer no alternative to hazing.

Perhaps it is an issue of pride (of which, fraternity leaders and professionals have plenty of). We have entrenched ourselves so firmly into the prohibition camp that to reverse course now (even as the evidence piles against us) would be an embarrassment no fraternity leader or hazing expert would survive. Imagine the fallout if the deified parents of alleged hazing victims realized that their efforts resulted in more dangerous forms of hazing. What a terrible internal tragedy that would be.

It is time to consider developing legitimate and challenging post-adolescent rites of passage as an essential element of a lifelong fraternity experience. Broad, unrefined prohibition is an unworkable answer considered respectable only among those who fetishize authority and power. Such people have no place in leading a values-driven fraternity experience. I am not alone in this sentiment (see attachments).

Political theater laws like that in Pennsylvania, which merely bundle already illegal things together with a different context and title, will do nothing to stop deaths due to hazing. Sadly, they are more likely to make it worse.