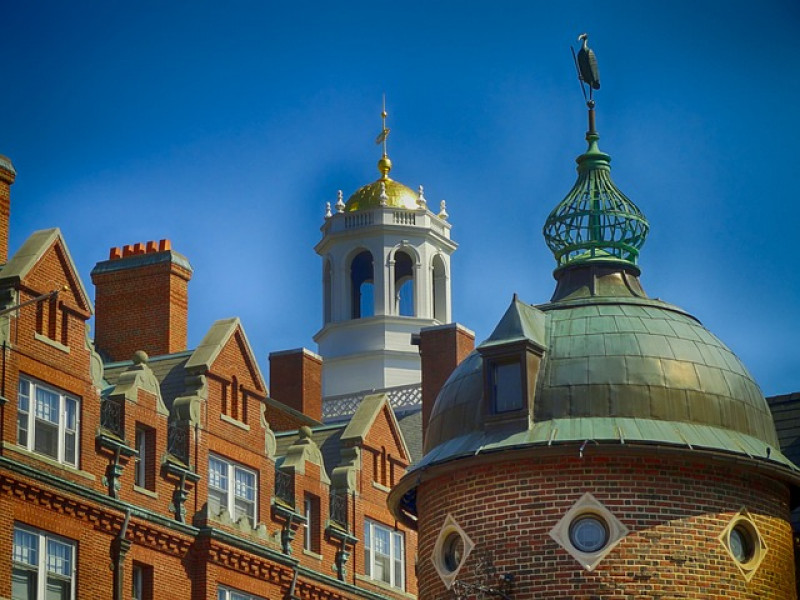 An audio version of this article, because reading isn't for everyone.

The United States Supreme Court ruled to expand the legal scope of "discrimination based on sex," outlawed in the Civil Rights Act of 1964. The author of the ruling, Justice Neil Gorsuch, wrote, "...it is impossible to discriminate against a person for being homosexual or transgender without discriminating against that individual based on sex.”

Harvard University President, Lawrence S. Bacow, cited the case as one reason to drop its social group policy. The sanctions denied student members of "single-sex" social clubs, such as fraternities, from obtaining certain positions of leadership on campus. It would also prevent Deans from writing letters of recommendation for such students to receive certain scholarships. The rules were met with immediate pushback from fraternity and sorority organizations once passed in May of 2016. They claimed that the Harvard policy was discriminatory in a lawsuit against the University.

A federal judge denied Harvard's request to dismiss that lawsuit in 2019, suggesting that the policy may be discriminatory. That denial, plus the recent Supreme Court ruling, convinced Harvard's administration that they were fighting a losing battle.

One interesting aspect of Harvard's policy was the apparent "decimation" of Harvard's groups for women. Compared to their longstanding, well-funded, all-male alternatives, more clubs for women have gone co-ed and/or disaffiliated from inter/national affiliations. It appears that the willingness of a student to forgo on-campus leadership opportunities depended on the strength of their respective "single-sex" clubs to replace those opportunities. In other words, Harvard's policy exacerbated the issues of elitism and privilege, problems the policy was intended to eliminate.

This reality was not acknowledged by the university. The ban was scrapped because Bacow recognized that the school could not legally enforce it, not because of the damaging effects it already had on women's groups. This serves as an example of how well-intentioned policies can have negative, or even reverse, effects.

Harvard made this announcement the same week that I wrote an article explaining the Collegiate Freedom of Association Act (CFAA). That bill was written, at least in part, to counter discriminatory policies like Harvard's ban on single-sex clubs. It would ensure that no school which receives federal financial assistance money could follow in Harvard's footsteps.

CFAA includes provisions that would classify mandatory "deferred recruitment" for single-sex organizations as a form of discrimination. Its relevance and reach go beyond Harvard's single-sex blacklist rule, but it would have been nice to have a court ruling against the policy. Still, Harvard's capitulation can strengthen the argument for fairer treatment of fraternity organizations among university administrators.