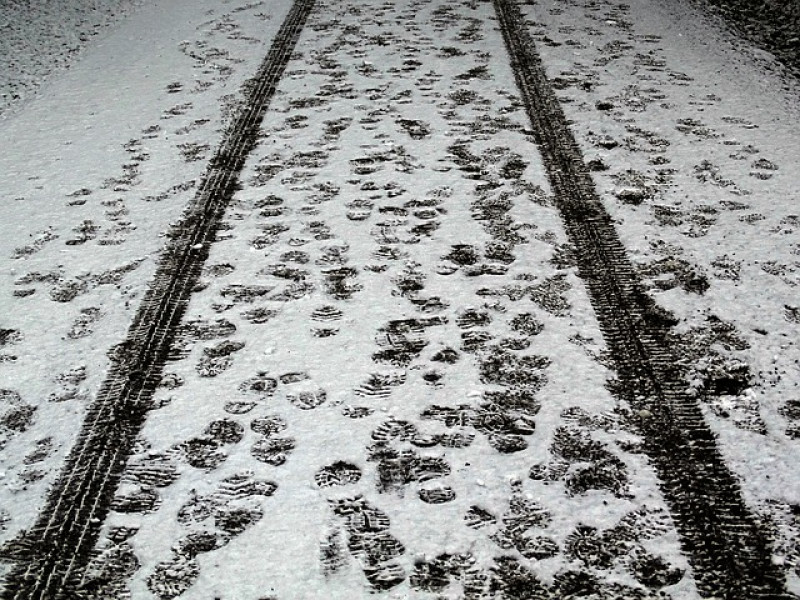 How We Teach Students To Ignore & Hide Bad Habits

Here and there, things go wrong. Some of us find ourselves in positions of leadership in these situations. Sometimes those of us in leadership positions move reflexively and defensively to cover our tracks.

A report had been filed that our chapter threw a party while I was chapter president. Specifically, a campus safety officer who came to check in on our chapter facility for a regular walk-through noted that a few guests on the balcony began to blow whistles when he and his fellow officers arrived. Then, a series of whistles (ALLEGEDLY) went off inside the house. Upon further inspection, the officers noticed that the interior was decorated to fit a beach theme.

We did have a party - it was our biggest of the year - and we were stupid enough to outfit door monitors with whistles. But when I showed up to the Vice President of Student Affairs' office the following week, all I said was, "You don't have any proof." Perhaps it is just my imagination, but there was disappointment in his eyes. The VP was relatively new to the school and his staff introduced me as a high-caliber leader. His first conversation with me, however, involved both of us sitting in a room and pretending the truth was untrue because I would admit to it and because he did not have solid evidence.

Working for my national fraternity office helped me empathize with the VP. Students would hide and conceal the truth from me (the fraternity professional) just as I (the chapter president) had done when I was in their shoes. We all knew what was going on, but admitting to it was the last resort for all involved. It was a shame to be unable to talk about fraternity issues as a fraternity professional because it might result in someone (either at the office, working at the school, or within the chapter) getting in trouble. That sad fact is even more apparent to me now as a volunteer alumnus for my fraternity (among others).

"There was a time when men were afraid somebody would reveal a secret that was unknown to their fellows. Nowadays they are afraid to name what everybody knows," Francisco d'Anconio

Is it "Leadership" to write a new rule?

I often write about the unintended consequences of prohibitive policies. Is it extreme to punish or suspend a chapter (or all fraternities at a school) because someone was caught shotgunning a beer? Yes. It is better to lie about harmless mistakes than to risk losing one's charter. But perhaps there is more behind why students work so instinctively to cover their tracks when under pressure. Let's explore that:

When a chapter brother is accused of sexual assault, why is he suspended by the inter/national fraternity from his lifelong membership? Will that help him? Is that in line with our commitment to personal development and community engagement? When a group of young men commits a dangerous mistake, why are they stripped of their affiliation and (occasionally) their education? What help does that do other than to exact revenge?

What makes prohibitive policies worthy of applause? What is courageous about the North American Inter-Fraternity Conference's decision to ban hard alcohol from member fraternity houses? That "decisive" (their word) decision would generate just the right kind of hard-ass, tough-talking press release to please parents, the media, and higher education professionals. In reality, alcohol-free housing policies have not eliminated drinking from fraternity houses. One might even suggest that they (along with bans on kegs) pushed fraternities toward hard alcohol. So fraternity leaders effectively created the hard alcohol issue, then used the same tactic which created it to suggest that they were addressing it.

Our students and alumni learn to cover their tracks and call it leadership by watching us - the leaders of the fraternity/sorority world. They see how we act, act in the same way, and we lecture them for it.

A microcosm of political culture

Politicians, celebrities, and fraternity leaders present themselves as values-driven and honorable specimens worthy of being cherished as national treasures. They point out every flaw in their opposition and avoid any association with normal human failures. It is not bad to learn from the people we see in the public spotlight, but we cannot so easily dismiss the negative repercussions of mimicking their lack of integrity just because we are not famous.

Our students know that they will be dropped by their "fraternity insurance" if they violate any fraternity policy when the unthinkable happens. Furthermore, they know they will be lectured or punished for minor infractions of organizational policy. They also recognize that they must be lectured or punished, or the inter/national fraternity risks an increase in insurance premiums, which would increase their dues (in addition to the annoyance of being treated like a criminal or addict for minor rule infractions). As a result, they find it more practical to cover their tracks than to change their behavior.