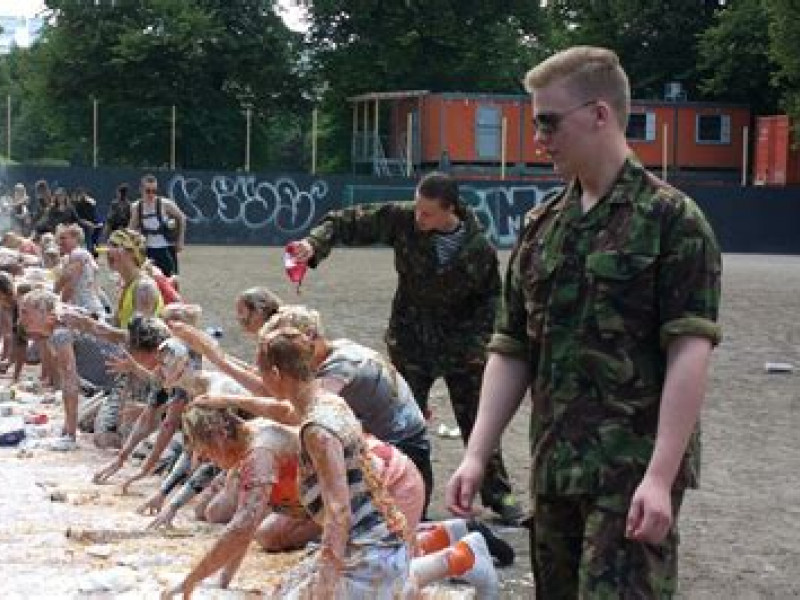 Is Every Undergraduate Fraternity Member Hazed? Sort of, Yeah.

Audio version of an article on Fraternity Man, because reading isn't everyone's strength.

Imagine if a fraternity chapter charged only its new members for all dues owed to its national office. The rules and standards of the chapter apply only to its pledges. Only the pledges are required to participate in the programs of the fraternity. Only the pledges are required to undergo hours of anti-hazing, anti-addiction, anti-abuse, and anti-privilege training. None of the pledges were aware of the rules prior to joining. Does that describe hazing? Why or why not? I posed this question to some friends and followers and almost everyone agreed that the aforementioned (and hypothetical) actions would constitute hazing. I would agree.

That's just my opinion. Do the aforementioned (and hypothetical) actions describe hazing as it would be defined in law? For that answer, we look to the text of the REACH Act, a federal bill promoted by fraternity lobbyists. It attempts to define hazing - text below:

“(vi) The term ‘hazing’ means any intentional, knowing, or reckless act committed by a student, or a former student, of an institution of higher education, whether individually or in concert with other persons, against another student, that—

“(I) was committed in connection with an initiation into, an affiliation with, or the maintenance of membership in, any organization that is affiliated with such institution of higher education; and

While the (hypothetical) actions of the aforementioned (fictional) chapter may not necessarily cause physical injury, it certainly risks degradation or mental harm. Merriam-Webster defines hazing as: "an initiation process involving harassment."

Let us turn to one of the most over-used examples of "is this hazing": the scavenger hunt. This example is rooted in reality, of course. A group of students went on an all-night scavenger hunt as a part of their fraternity membership process. Three members died in a car crash that night, which was attributed to the fact that they were on a fraternity scavenger hunt. Now, the mere mention of a scavenger hunt may result in an investigative line of questioning from a well-intentioned Fraternity/Sorority (FSL) professional.

So, given that just about any type of pledges-only scavenger hunt is assumed first to be hazing, one could argue that many or most people who advise or who work with fraternities would at least question or investigate the actions of the (fictional) chapter described above. Those are also the same people who craft fraternity hazing policies, who hire anti-hazing speakers, and who spend time and money lobbying for anti-hazing laws. It is all well-intentioned, but good intentions do not always translate into good actions.

Zero-tolerance for thee, but not for me.

Fraternities promote the concept of lifelong membership. In the ideal world, every man who graduates college as a member of the fraternity contributes back to the fraternity and benefits from membership in some way. But that image of lifelong membership is, in my opinion, a farce. Many fraternity executives lead some sort of "State of the Fraternity" presentation every one or two years. Pay special attention to the number of alumni volunteers and alumni donors. Compare that number to the number of "living alumni" shared at some other point during the presentation. You are lucky if even 5% of the living members of your fraternity are involved in some way after college.

A member of Sigma Alpha Epsilon (for example) might imply that the 206,000+ living alumni members are some sort of network that you could tap into if you were to join their fraternity. But to call it a network would be a stretch. How many of those men volunteer or donate to the fraternity foundation? According to its website, 970 donors were recorded for the year 2020. Assuming all of those 970 members were alumni members of the fraternity, that means that fewer than 0.5% of SAE members donate to their fraternity after graduation. The other 205,030 members may pay nothing. Will they face repercussions? Probably not. There is a good chance that the fraternity lacks up-to-date contact information for as many as half (if not more) of those living alumni members.

They charge special fees to fraternity chapters and apply arbitrary rules only to fraternity chapters. They sit back while students vandalize and break into chapter houses. Fraternity/sorority professionals promote policies and programs targeting members of fraternities (often only the historically white ones). Are the fraternity/sorority professionals, alumni members of these organizations, school administrators, or members of any other student group required to participate in these programs to maintain their affiliation? No. The reason is simple. Fraternities are an easy target due to their attachment to a privileged past. They make for great public examples. Fraternity men deserve a public flogging now and again, but only while they are undergraduate members who can be credibly threatened with a revocation of their membership or degree.

This is not meant to suggest that all colleges, fraternity/sorority professionals, and fraternity organizations are hazing criminals guilty of breaking anti-hazing laws in a growing number of states. It is only meant to suggest that our approach to hazing (and just about every situation related to fraternity organizations) is targeted only at undergraduate members. They will pay the bills, they will do the time, and they will face public ridicule. Meanwhile, the people who lead these organizations, and the "lifelong" members who want nothing to do with these organizations, walk away with all of the privileges of membership intact and at none of the cost.

Alumni members are not required to log hours of service or attend diversity, equity, and inclusion seminars. In the few cases where fraternities have "alumni dues," they are either optional or only expected of formally recognized volunteers. No school or fraternity is investigating whether or not their alumni follow alcohol policies. No one at the Association of Fraternity/Sorority Advisors (AFA) Annual Meeting is following the alcohol policies mandated by their department or fraternity for "fraternity events" (not even as a show of goodwill). None keep track of whether they have sexual assault charges filed against them. There may be an extreme case where a fraternity or school publicly distances itself from an alumnus. Generally, however, the rules apply only to the students.

Whether or not it constitutes "hazing," it certainly seems unfair, even if no one dies as a result.