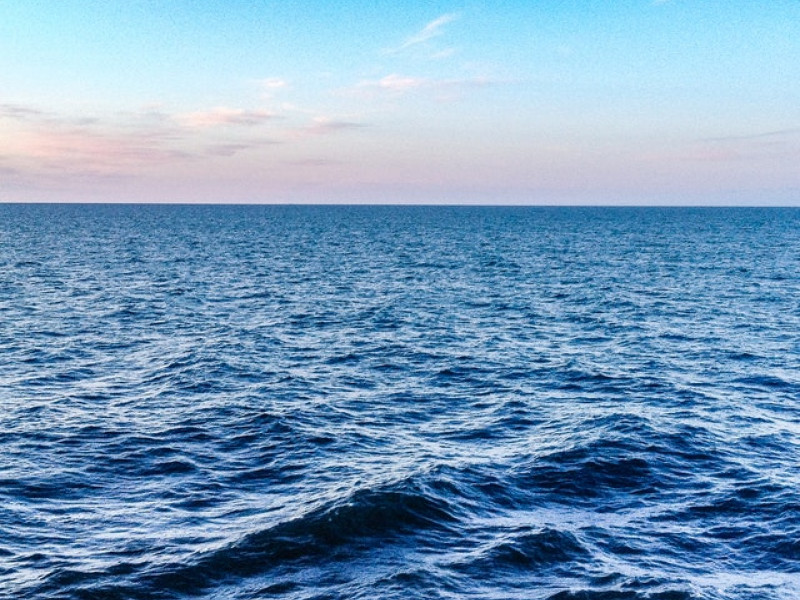 The Blue Ocean Strategy. Define Your Niche and Grow

Nintendo is an interactive entertainment and video game company first established in 1889 in Kyoto, Japan. Originally a playing card company, Nintendo has tried its hand at many businesses since its inception. There was a period of time where Nintendo operated taxi services, "love hotels," and simple toys. Eventually, the company settled on video games, and Nintendo is credited for saving the video game industry from a crash that wiped out 97% of the industry's revenue between 1983 and 1985. Their solution, known in the United States as the Nintendo Entertainment System (NES), introduced quality control measures and simple, accessible hardware compared to the clunky Atari systems of old. Nintendo marketed their system as a "toy" rather than a "video game console" to coax retailers into carrying it on their shelves. It marked a new approach to selling video game systems and the rest become history. But history often repeats itself.

Sales of Nintendo's home consoles declined with each passing generation of hardware. The NES sold nearly 62 million by the end of its life, whereas their Gamecube system moved just 22 million between 2001 and 2006. Nintendo's competitors, Sony and Microsoft, did not rely on their video game divisions for revenue and were willing to sell their products at a loss in order to dominate the market. Still, Nintendo remained profitable thanks to its GameBoy line of handheld systems. Unfortunately, they too were not as successful as they had once been. In 2002, Satoru Iwata was appointed as Nintendo's President and CEO. He was the first CEO in the company's history not to be a direct descendant of Nintendo's Founder (though he was the son-in-law of the man who brought Nintendo into the videogame space, Hiroshi Yamauchi). Iwata was also the first CEO with development experience, and he was keen to pry Nintendo away from a stubborn, protectionist, and ultimately anti-competitive strategy.

A new way forward. Nintendo's expert use of the Blue Ocean Strategy

The company unveiled its Nintendo DS in 2004, and Iwata unveiled their new approach to video game development. Video game systems had, until that point, competed almost entirely on raw power. Nintendo did not have the supply chain or finances to compete head-to-head with Sony or Microsoft in this arena. Furthermore, it did not want to transform into a software-only company like Sega, their primary competitor in the early 90s. Instead, Iwata took stock of Nintendo's greatest strength, its intellectual property. Nintendo's games and characters, from Super Mario to Pokemon, are rivaled only by Disney in terms of recognition and monetary value. In fact, Pokemon is the highest-grossing media franchise of all time, ahead of Harry Potter, Hello Kitty, and Mickey Mouse. Nintendo sought to leverage its treasure trove of characters, create new gaming franchises, and identify new ways to interact with games in order to attract new audiences to the medium.

The Nintendo DS brought this strategy to life. It was a clamshell-design handheld system (folding) with two screens. Its bottom screen functioned as a touch screen (3 years before the iPhone popularized touchscreens for smartphones). But what truly set the DS apart was its games. In Nintendogs, players raise and play with 3D pets. The game's only goal is the pleasant feeling one gets in petting a virtual dog with a stylus. Nintendo's "Brain Age" made a game of academics, sort of like Lumosity, and encouraged players to lower their "brain age" by completing simple puzzles and math problems. These games were unlike anything coming out of Nintendo's competitors or 3rd party software developers.

They maintained this approach with their Wii system in 2006. The Wii introduced motion controls and more "fun for the sake of fun" games like Wii Sports and Wii Fit. The motion controller, which featured one prominent button and had the familiar shape of a TV remote, brought new life to Nintendo classics like Mario, Zelda, and Metroid. At the end of their respective life cycles, the Wii and DS became Nintendo's best-selling home console and handheld console respectively, selling more than 200 million units combined. Furthermore, each system expanded the video game market to a broader audience, with games like Nintendogs and Animal Crossing gaining popularity among women. It is safe to say that Nintendo's creative thinking saved the video game industry from a crash in the 80s and paved the way for truly "mainstream" gaming in the 2000s.

The shift in Nintendo's strategy was shared publicly prior to the release of the Nintendo DS. Iwata became a champion of the Blue Ocean Strategy from a book of the same name. The basic idea behind the Blue Ocean Strategy is that companies should seek out new, uncontested turf to expand a market rather than competing head-to-head for their competitor's share of customers (red oceans - see image below). While Sony and Microsoft lost millions of dollars pushing the boundaries of graphics, sound, and online connectivity, Nintendo focused on family-friendly content and new ways to interact with video games (like touch screens and motion controls). The strategy clearly worked, and Nintendo shut up its critics and saved itself from transforming into a software-only company.

That is not to say that they have gone without their stumbles. The follow-up to the Wii, the Wii U, suffered from a confusing setup and marketing. It sold just 14 million systems between 2012 and 2017. But it inspired the Nintendo Switch, which could become the highest selling Nintendo system of all time. The Switch is a home console and handheld system in one. It incorporates detachable, motion-sensing controllers into its design and benefits from Nintendo's uniquely accessible approach to game development (see its video at the end of this article). More importantly - it offers a gameplay experience unlike anything offered by Nintendo's competitors, which now include mobile gaming giants like Apple and Google.

My family is a Nintendo family. My mother, her sisters, and my grandmother all have Super Nintendos (SNES) hooked up to their TVs with Tetris firmly tucked into the cartridge slots. I grew up with Nintendo, and I paid close attention to video game news in my teens and twenties. So I knew of the Blue Ocean Strategy prior to my time in college and working for the fraternity. I knew it could work, and I made it work for me. That is to say: It can work for you, too.

An example was our approach to fraternity expansion during my time as a recruiter. That period of time is considered one of (if not the most) successful periods of growth in our organization's history. The chapters we established grew into some of our top-performing chapters in a short period of time. One thing that made us unique was a systematic commitment to niche development.

Large schools are big targets for fraternity expansion. The Ohio State University had experienced at least one fraternity expansion each academic term for 2-3 years prior to our return in the spring of 2012. We were warned that the students were burned out on new fraternities, particularly the sorority women who were continuously asked for referrals. But our approach was different. Rather than sell whatever every other fraternity would sell, our tactic was to ask every student we met with (whether or not they were a candidate for membership) what they felt was lacking from the campus community. Eventually, we would settle on one or two common themes, which differed from school to school. At Loyola University in Chicago, the students felt as if the campus was detached from the diverse neighborhood around it. Indiana State's IFC wanted a fraternity committed to academics, as their GPA was significantly lower than the all-male average at the time. In each of these cases, we met with students, made our pitch, and those who identified with the cause joined our new or returning chapter. In this way, we were able to establish large new chapters with clear visions and comprised of men who might otherwise never have considered Greek Life. One of the biggest challenges of any new chapter is finding a way to get dozens of founding fathers working together. By defining a niche from the start, members of our new chapters had a common understanding to carry them through their early months and years.

It didn't just work as a method to create successful chapters from scratch. I was assigned our chapter at Oglethorpe University in 2014, and they were in serious danger. The chapter had shrunk to just 7 members at a school with roughly 1,000 students. They were finding it difficult to compete with other fraternities, each of which had a well-defined niche and control over the recruitment process. I met with their leaders many times and introduced them to the concept of a "Message Map" and the general ideas of the Blue Ocean Strategy. Among the 7 men, they had several student leaders and a few international students. They decided to focus on recruiting students who wanted positions of leadership on campus and international students who needed connections and a home away from home. After one year of putting their new strategy into action, the chapter grew to 20 members. By the end of the following year, they surpassed 30 members and were above the average chapter size for their small, eclectic school. Specialization and appealing to students who did not typically "rush" at their school saved them from defeat. Plus, their growth ultimately benefited all of Greek Life by expanding the type of student who could find a home in Greek Life.

Your chapter is likely hindered from developing a true niche by your school, your inter/national fraternity, and their respective standards/accreditation programs. It is common for fraternity professionals to apply one-size-fits-all expectations to all chapters, ignoring the interests and environments of their members. But developing a niche is an important component of establishing any business or organization. Identify one or two areas of common interest among your members and make those your priority. If, for example, you want to be a community service-oriented chapter, try to meet students who are already in service clubs or open your service projects to any interested student. You will meet people who avoid the "rush" process, and (best of all) who are probably not on any other fraternity's radar.

If you like the idea of niche development, consider this article (which includes the Oglethorpe story) and this article about the Message Map on FraternityMan.com. Furthermore, connect with me on Twitter (@FraternityNik), Instagram (@FraternityManBlog), or via the Contact Page on this website to organize a workshop or consulting session for your chapter or executive board.