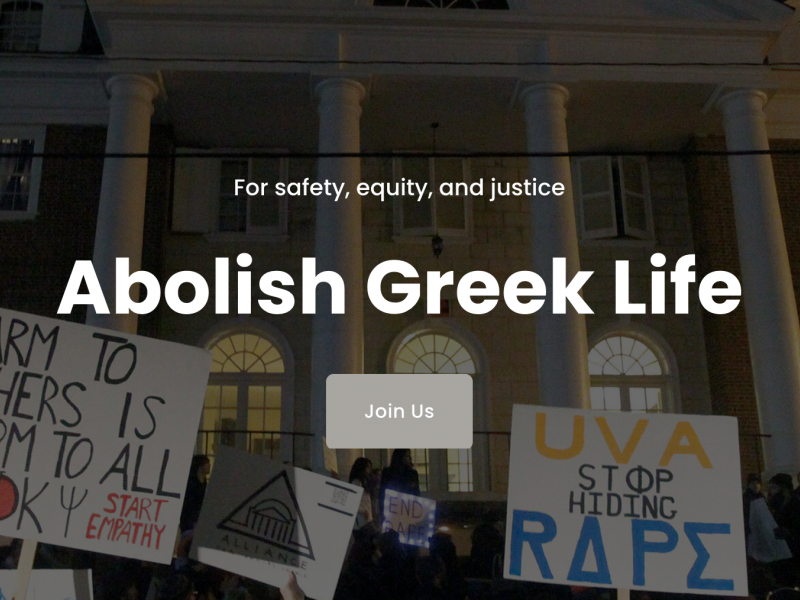 A Paradox of Participation: Nonwhites in White Sororities and Fraternities | Social Problems

Working from a petition purportedly "signed" by 1,200+ Vanderbilt students, Abolish Greek Life's demands are as follows:

It is easy to dismiss this initiative as another fringe flash in the pan, but there is merit to some of the arguments. Namely, students in the New York Times article are quoted as saying that reform of IFCPH groups is impossible. They say that national organizations pay lip service to things like diversity and inclusion, but would prevent any meaningful reform. It's almost like they read FraternityMan.com!

. . . Almost. There are some flaws in the tactical approach of AGL.

I agree that fraternities and sororities need significant, structural reform. I agree, to an extent, that the bureaucratic and hierarchal structure of inter/national fraternities works against such structural reform. Finally, I find the tactic of encouraging students to disaffiliate from their organizations in protest to be valid and effective. It's essentially what I suggested IFC officers do to force change at the North American Interfraternity Conference (NIC).

All of that said, I am one to believe that AGL will fail to create more accessible, diverse communities. There are blind spots in its approach which may ultimately backfire or create an even greater divide between historically white fraternities and their "culturally-based" peers.

Fraternities have severed ties with universities for pettier reasons. Independent IFC's and fraternities exist at WVU, Michigan, Harvard, Buffalo, Reno, and more. These are almost always a result of universities attempting to regulate fraternity recruitment processes.

What will inevitably happen is the establishment of Independent IFC's, and perhaps even independent Panhellenic Councils (PHCs). These will serve as spaces for students who do not see Greek Life as a "symptom of rape culture," as AGL students claim.

Update: In the spring of 2021, following changes to recruitment policies at Duke University (changes which were put in place after the administration spoke with members of Duke's AGL initiative), 9 fraternities severed ties with the university. The school, and the leader of its AGL initiative, feigned shock, but all they had to do was read the news, or this website, to predict the effect.

2. Rules against expansion & the creation of new fraternities prevent reform

I often argue that the monopoly the NPC holds on the sorority market has prevented women from creating a modern sorority with modern values since 1917. Part of that is due to their restrictions on recruitment and membership in the NPC. Closed expansion policies prevent modern students from creating independent organizations with modern values. Rather than beg a higher power to ban expansion and recruitment, AGL folks should advocate for more open expansion. They can join like-minded students to create new fraternities and sororities with simple, accessible membership requirements.

The "higher standards" that IFCPH organizations supposedly hold themselves to are themselves covert sustainers of segregation. These types of policies are championed by campus-based Fraternity/Sorority (FSL) professionals and the aforementioned umbrella associations. The limitations placed upon who can join a fraternity and which groups can be considered fraternities are guided by FSL. They are considered "best practices" among members of the Association of Fraternity/Sorority Advisors (AFA).

We should actively support the creation of new, competitive fraternities which can attract members from existing fraternities. That is far less likely if all we do is "ban" IFCPH groups and push them off-campus. You can bet that an off-campus council governed by the NIC or NPC will be equally unlikely to support local upstarts.

It could be due to the biological nature of [biological] women or the fact that women's groups are (relatively) newer than their all-male peers. Whatever the reason, women's groups will likely suffer more than all-male groups from a general ban on social organizations. A recent example comes from Harvard, where a now-defunct university policy that penalized members of single-sex clubs led to the "decimation" of women's groups at that school.

The same effect can already be seen in AGL. Members of sororities reportedly make up the bulk of those disaffiliating from Greek Life. It is the Panhellenic Council at Tufts University, and not its IFC, which is postponing recruitment due to the assertions of AGL supporters.

That being said, it is interesting to read the quotes and stories detailing poor sorority member experiences. FSL professionals often hold NPC sororities on a pedestal. That "sororities do things right" mantra is out of touch.

4. The actions will lose in court

Banning Greek Life will result in strong opposition from inter/national fraternity organizations. Expect lawsuits if university administrators succumb to the demands of AGL. How can we expect those lawsuits to turn out? Refer back to my post about Harvard rescinding its single-sex prohibition policy. The university president cited the fact that the school would likely lose a lawsuit as the sole reason they got rid of the policy. That lawsuit, plus a recent Supreme Court decision on gender discrimination, are not signs that the law will side with AGL.

The idea that a university can ban the creation of "socially-oriented" clubs is not rooted in reality. Aside from the aforementioned fact that existing groups can go "independent," and that the attack on free association would almost certainly lose in court, students can simply create underground or unofficial social clubs. That is, in effect, how the vast majority of modern fraternities were originally created. It may also result in a stronger push for the Collegiate Freedom of Association Act or changes to the bill to specifically address the challenge presented by AGL.

5. "Culturally-based" is a subjective term

Here's a thought: A group of men disaffiliates from an IFC organization. Heeding the advice of AGL advocates, they create a culturally-based organization. It's all about being Irish-American and is even whiter, more exclusive, and less engaged with the wider campus community than the fraternity they just quit.

We must acknowledge the fact that "culturally-based" is not a synonym for "black or brown." Furthermore, we must acknowledge that "social" organizations are, by the nature of connecting people through common beliefs and traditions, "cultural" organizations. Movements like AGL actually encourage IFCPH organizations to retreat further into religious or "hereditary" identities. That would probably make them less likely to include those whom they supposedly disenfranchise.

There is merit to several of the arguments made by supporters of the AGL initiative. Unfortunately, it is too wrapped up in the political language of time to present a unifying message. Those who oppose the movement will find strength in feeling targeted or backed into a corner. It's Politics 101. Fraternities will survive a loss of recognition from a college. True change will only happen when students limit the power that fraternity leaders and professionals have over the fraternity experience.

We should work to expand options for students. That means granting students greater ability to create new organizations. It means distinguishing between "Greek Life" and "Fraternity/Sorority Life." The latter, as some AGL advocates acknowledge, is what prevents reform in fraternities. FSL departments, more than modern student members, keep IFCPH organizations covertly segregated. It's FSL that limits the ability of students to join fraternities and the scope of what a fraternity can be.

Our world needs more social organizations which facilitate productive connections and friendly networks. The best way to rid the world of bad fraternity organizations is to force them to compete with newer, better alternatives. AGL would do more to level the playing field by ridding campuses of the arbitrary policies sustained by FSL professionals.

Perhaps the call to action should be "Abolish FSL."