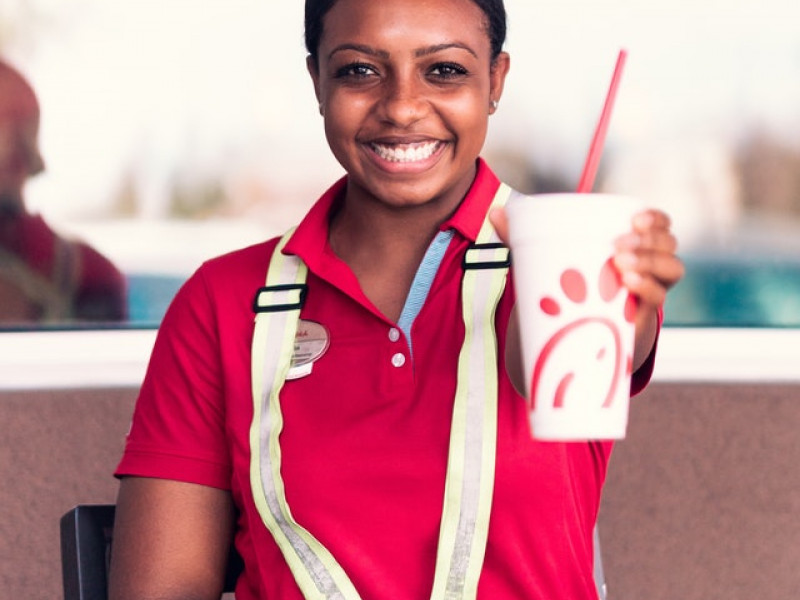 0.4% of applicants to open a Chick-Fil-A restaurant are accepted by the chain. More than 20,000 people apply annually, and the Chick-Fil-A headquarters select just 75-80. That is a higher level of selectivity than Harvard University, and it is worth it. Chick-Fil-A stores outperform competitors in annual revenue even though all Chick-Fil-A stores are closed on Sunday. The company also charges significantly less to new franchise owners to get their stores up and running. What makes Chick-Fil-A's process special? Clear values, selectivity, and trust.

Those three words are regularly used by fraternity members and professionals, but they are almost completely absent in practice. We often talk about our "shared values," but we know students join to make friends. We tout selectivity but demand and celebrate 100% "bid placement" (more on that later). We refer to undergraduate chapters as self-governing and brag nationally about student leadership. Today, however, undergraduate chapters are expertly micromanaged. A chapter president may directly report to three or more people/entities with competing agendas. We fail to practice what we preach. Fraternity students suffer as a result.

A chapter's membership turns over roughly every four years. So, the best way to affect its future is through the recruitment of new members. When new members are brought in the right way, and taught the right things, they can revamp a chapter in four years. A great starting point for students: Be honest.

The Need for Manpower

Despite their public obsession with interfraternalism, fraternity and sorority organizations are highly competitive at all levels. That includes inter/national organizations and fraternity umbrella associations. To churn out the most service hours, the most dollars raised for charity, the most leadership positions held by members, and the most students attending fraternity programs, chapters are encouraged to grow. Just look at any fraternity's Twitter feed in the fall and witness the praise they heap on chapters for large recruitment classes. Do the leaders of an inter/national fraternity know how those members were recruited? Have they checked to make sure that those new members are even students? No, but the promise of four years of dues payments and being bigger than the rest is enough to make a fraternity Executive Director's mouth water.

This is a direct result of the centralization of authority within the fraternity experience. Student Affairs professionals at colleges and universities favor inter/national organizations. They prevent and work against the establishment of local fraternity chapters without a specific, social-justice-oriented cause. Even in that case, there are already dozens of culturally-based social fraternities and several LGBTQ-oriented fraternities - "why set up a new one?" will be a question many students face. Ironically, this works against the goal of growing and diversifying the fraternity experience. None of this is to suggest that campus professionals are friendly to inter/national fraternity and sorority organizations. The restrictions on fraternity expansion apply to them too.

Without competition from upstart groups, national fraternities "compete" in those previously mentioned categories: service hours, program attendance, fundraising, philanthropic donations, etc. Look at your fraternity's or sorority's chapter resources and take note of the number of recommended executive board and chairman positions. Some require 30 or more positions to complete the basic expectations of their inter/national organization and school! In those cases, a chapter with fewer than 30 members is already failing to live up to its expectations.

Some may dislike Chick-Fil-A because of their particular values. That's fine. There are other restaurants and you do not need to like Chick-Fil-A to learn from them. Chick-Fil-A makes great (fast) food, provides excellent service to their customers, and has tens of thousands of people lining up for a few dozen positions each year. If we want to set new standards for college students, recruit exceptional leaders, and graduate them into successful alumni, then we should get rid of our sprawling checklist of "standards" and our push for 100% bid acceptance.

Focus instead on a diverse fraternity community comprised of various-sized chapters doing fewer things and doing them well. Orient recruitment away from who can get the biggest class and toward who can find the brightest, most talented, and most driven students on campus.

I do not suggest we accept just 0.4% of all applicants, or that chapters be capped at 10 or 20 men, but we should identify goals for recruitment beyond the number of recruits. Consider the effect that higher selectivity would have on risk mitigation. We encourage chapters to be selective for this very reason but offer no incentive to encourage selectivity.

Start by celebrating when a fraternity community has an acceptance rate as selective as their host college. Celebrate when every fraternity man and woman on a campus achieves a 3.0 GPA, not when half sit below a 2.5 and the rest work hard enough to bring the average to a respectable level. Celebrate when more fraternities are offering unique opportunities to a variety of men, rather than a few mega-chapters offering copy-paste checklists to a limited demographic. Our words imply that we want chapters to be values-driven and selective. For some strange reason, fraternity professionals seem intent on making that impossible.