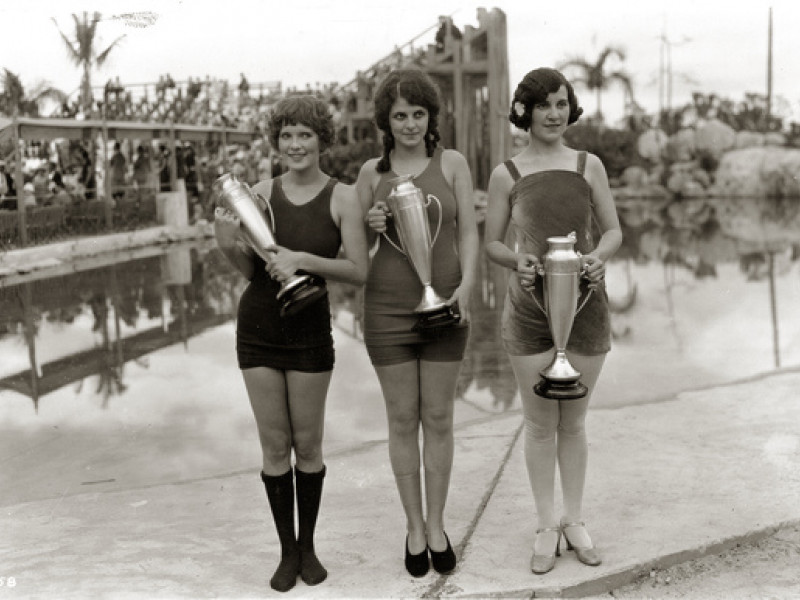 Gone are the days when fraternities would host their beauty pageants, crown a sweetheart, and parade her around for the world to see. I discussed this topic with a fraternity historian, who expressed surprise when I mentioned that fraternity sweethearts still exist. I thought back to the days of my chapter voting on our "sweethearts."

Most were a brother's girlfriend, but that wasn't the only criteria. We would consider a woman's connections on campus, her affiliation with a sorority, that sorority's connections on campus, and what she had done for the chapter. The latter was an interesting discussion. Sometimes - when they knew they were in the running - women would step up their 1950's housewife game. They'd bring cookies and cake to the chapter house, attend every function, and get their friends or sorority sisters involved in fraternity activities like fundraising events or cheering at intramural competitions.

I was the "Omega Man" of Alpha Chi Omega at my school in 2009 or 2010. I had to create a skit around the women's fraternity's founding - which is the most sorority thing ever - and take part in their philanthropy week. I also had to sit through a Question & Answer panel with the chapter's senior members where, among other things, I was asked to mimic the sound of a female orgasm.

I do not think I won for my impression - though I AM a great actor, check IMDB - but I had great friendships with several members stemming from my roles in my chapter and other student organizations. I also took their philanthropy events seriously.

Many sororities and fraternities organize such events, and they seem to lean heavily toward competitions based on who can raise the most money for a chapter's charity. It's the chapter - not the charity - for which they are raising funds. Sure, the money goes to a charity, but one must wonder why so many fraternity philanthropy events are marketed exclusively to the other fraternities or sororities on campus. One sorority gets fraternities to raise more money for their charity than the other sororities and so they must be the best or most desirable of the bunch.

In short: fraternities and sororities seem to get a kick out of which members of other organizations are most willing to simp. Raise money for us, make us look good, get an "honor" no one will remember or care about in 3-4 years.

Is there a less superficial way to go about philanthropy programming?

A philanthropy event is a fundraising event. The point is to raise money for charity. Fraternity leaders gripe that chapters occasionally spend more money to put a program together than they receive - I don't care about that. I do think; however, that sweetheart-like competitions do our organizations a disservice in the long run.

This is not to suggest that every philanthropy event which pits fraternities or sororities against each other is "bad." It is not meant to shame students. Do whatever you want; I probably won't pay attention, because your event isn't about me. (Hell, it probably isn't even about your charity "partner.")

I think this just goes to show how students adapt the social fraternity experience to the arbitrary demands of FSL professionals. Students are taught that service and fundraising are good. They are taught that pageant-esque "Sweetheart" competitions are bad. So, they combine the two. We think we are clever when we shame college students and complain about them without realizing how our actions encourage poor behavior.

Perhaps it is time we stop telling social fraternity chapters that they must organize a philanthropy event.