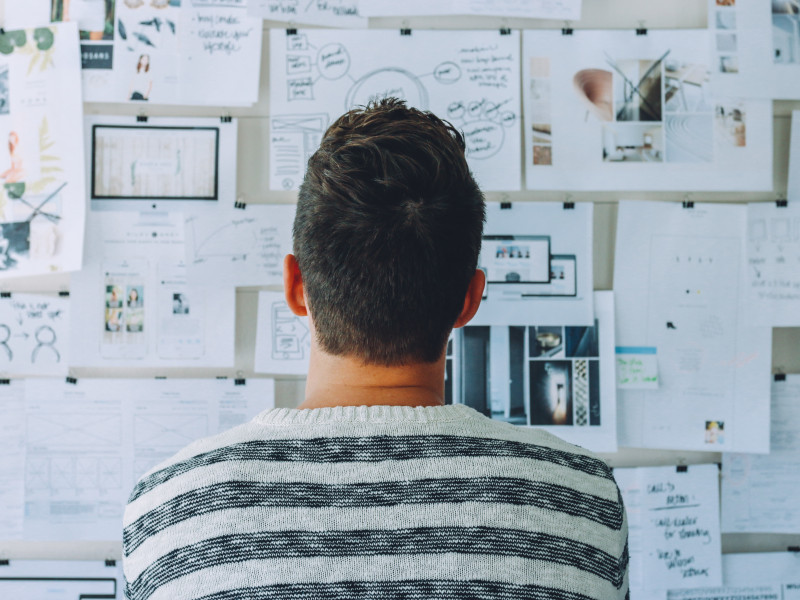 Greek Life Goes All In with Marketing Research, But Does It Tell Us What We Need to Know?

Fraternities and Sororities: Experiences and Outcomes in College, Work and Life | Gallup (2021)

Study conducted by Gallup on behalf of the NIC and NPC. This was a follow-up to a 2014 study.

A 2014 study by Gallup on behalf of the NIC and NPC to compare a variety of quality-of-life indicators between fraternity alumni members and unaffiliated college graduates.

Study conducted by the Postsecondary Education Research Center at the University of Tennessee Knoxville and funded by a Foundation of Fraternal Excellence (NIC) grant.

Study from EverFi conducted in partnership with the North American Interfraternity Conference (NIC) in 2021 to explore the perceptions that non-members hold of fraternity/sorority organizations and the barriers to entry.

The North American Interfraternity Conference (NIC) is making good on a long-standing promise to invest in more research. Their website currently cites six different studies which are used to imply that fraternity members are better off than their peers in a variety of ways. They are not the only organization investing in fraternity research, of course. Other umbrella associations, colleges/universities, and individual fraternities are all contributing to research meant to improve the fraternity experience, to explain the benefits of fraternity membership, or to validate their work. There is an old saying that "he who pays the piper calls the tune." Statistics can be manipulated for marketing purposes, and we should approach these findings (like any findings) with caution.

In this article, I will explore four of the studies shared on the NIC website. What do they tell us and what don't they tell us about the fraternity experience? How might they be used to influence or endorse the way fraternity organizations function? This inquiry may seem cynical (and maybe it is) but fraternity members should be interested in having good, reliable data more than just having positive and reassuring data. If we do not approach our work with scrutiny, then we leave that responsibility to opponents of the fraternity experience (the news media, Abolish Greek Life, and certain Student Affairs administrators).

I have included downloadable copies of the findings from the studies mentioned below as "attachments" for your information, records, or independent analysis.

The NIC is a trade association representing 57 inter/national men's fraternities. They fund research through their Foundation for Fraternal Excellence. You can read more about the NIC on their website. I could only access reports for four of the six studies listed on the NIC website (I didn't want to pay for access to a 5th). The two studies below will not be included in my list, but I will update this article if I gain access to those reports.

I approached the four remaining studies with one simple question in mind: Does this study make a good case for fraternity membership? You can read the claims the NIC makes, based on these 6 studies, on the "research" page on its website.

1 | Fraternities and Sororities: Experiences and Outcomes in College, Work, and Life; Gallup 2021

This was a follow-up to a 2014 Gallup study on behalf of the NIC and National Panhellenic Conference (NPC - historically white women's groups). More than 10,000 college graduates were surveyed and a little more than 3,000 were members of a fraternity or sorority. Participants answered questions related to a variety of quality of life indicators.

This study made use of data from a 2018-2019 Healthy Minds Study. The researchers focused on responses from 41,302 students pursuing a bachelor's degree. The purpose of the study was "to examine the current status of mental health experiences and behaviors of fraternity and sorority affiliated students and provide [a] comparison with unaffiliated students."

The Blindspots: (The researchers in this study do a good job identifying their own blindspots. Compared to the Gallup surveys, this seems less like paid marketing research and more like research the NIC tailored to its marketing needs.)

3 | The Greek Experience Revisited: The Relationships between Fraternity/Sorority Membership and Student Engagement, Learning Outcomes, Grades, and Satisfaction with College; Pike

. . . However, follow-up tests revealed that these results could be the product of variables that were not included in the study. As a consequence, it was not possible to say with certainty that there were causal relationships between fraternity/sorority membership, student engagement, and college outcomes.(emphasis added)

This was a study conducted by EverFi, a company that sells risk management products and services such as GreekLifeEDU and AlcoholEDU, with a grant from the NIC's Foundation for Fraternal Excellence (FFE). I watched the webinar (The latter 1/3 of which is a promotion for EverFi products) and it is attached to this article as a video.

What the NIC shares on its site from this study:

There are two additional points I want to share from EverFi's report before getting into blindspots:

The allure of "data-driven decision-making"

Our leader's obsession with data collection is likely here to stay. But knowledge and data alone cannot make decisions, particularly if that knowledge is limited to one component of a complex or amorphous topic or structure. This is why fraternity members should approach organizational data-gathering efforts with caution. The scope of data collected and the way it is presented is curated by a small group of people from start to finish.

Remember that saying, "He who pays the piper calls the tune"? Well, those who choose which data is worth collecting also choose what it means for them or their respective organizations. Does anyone think the NIC would report data that would threaten their revenue? For example, they do not promote the fact that fraternity/sorority members reported lower GPAs [Pike] or that Greek Life alumni reported higher levels of alcohol addiction [Gallup, 2014].

I worked at the central office of my fraternity for about six years. In that time, I helped establish or re-establish 35 chapters of the fraternity. As we ramped up our growth efforts from 4 new chapters per year to 10 new chapters per year, the number of new chapters which were failing before receiving a charter was increasing at an alarming rate. So, the fraternity hired a consulting company to investigate the matter (friends of a staff member, as is often the case). The consultants interviewed alumni members, student members, founding members of new chapters, and campus professionals. They organized a retreat for the leaders of our growth team (me and two others).

One or two years later, as I was preparing a memo and presentation for one of our national board meetings, I received word that I could not include the raw data from the study as an attachment. Certain (and critical) findings were left out of the initial summary presented to the board. For example, there were concerns that we were growing too quickly, that new chapters were not being established with the proper volunteer support in place, and that our choice of school was driven by the need to expand and not the potential for success. Our strategic priority (at the time: 200 chapters by 2025) drove the decision-making, and the data was altered to maintain the illusion that such growth was possible. It was not insidious or evil, but it was typical. Failures are hard to swallow and easy to pin on someone else.

VCU paid thousands of dollars for advice it later ignored.

This self-serving use of "data" to validate existing beliefs showed in Virginia Commonwealth University's decision to indefinitely suspend fraternity/sorority recruitment activities. The school hired Dyad Strategies to conduct a culture assessment of its Greek Life community after the death of a fraternity new member, Adam Oakes. Findings from Dyad's assessment indicated that the cultural perceptions of fraternity/sorority members at VCU carried risk, but nothing necessarily worse than their peers. Still, VCU's leadership ignored recommendations from the external investigation they paid for and opted to indefinitely ban fraternities and sororities from recruiting.

Here's a question: Why pay a company as much as $22,000 if you are not going to take their findings and recommendations seriously?

I do not have the answer. Looking further into Dyad's assessment, the recommendations align with the services, products, and worldview of the company as a whole. This is not a secret (nor is it unusual or a cause for concern); their chief executive acknowledged as much in a letter written several years ago. So the studies operate as tools to place each school somewhere on a scale of "in line with certain practices/behaviors" or "not in line with certain practices/behaviors." The recommendations explain how to get closer to those "certain practices." In other words, one does not hire Dyad to support an effort to eliminate all rules.

Perhaps VCU hired independent investigators as a cover of sorts - using the most damning information from the independent report to justify decisions made well in advance of the Fall 2021 term. Plus, the school looks like they are going above and beyond the recommendations of a third party by enacting stricter penalties than were suggested in the independent report. Surely, the news media, the mourning parents, and the Abolish Greek Life crowd would find pleasure in that sort of tough talk.

I already mentioned that data-gathering efforts can do just as much to limit the scope and focus of a decision-maker as they can do to inform the decision-maker. For example, the leaders at VCU could have paid attention to the fact that 9 fraternities severed ties with Duke University in Spring 2021 after it placed arbitrary restrictions on fraternity recruitment at the request of the "Abolish Greek Life" crowd. The leaders of Duke and their Abolish Greek Life chapter(?) feigned surprise when the fraternities cut ties, but they too could have simply read the news to see that the same thing happened at schools from Ann Arbor, Michigan to Reno, Nevada. Was this readily available information considered when implementing the recruitment ban at VCU? Should VCU administrators be surprised if their fraternities disaffiliate and establish an independent fraternity council?

The talking points pulled from any internally funded or marketing-oriented study are only talking points (no matter the form or quality of research performed). Moreover, high-quality research does not always result in good decisions, because there is more to a decision than a single and limited set of data.

Marketers love data and statistics because they add credibility to a marketer's assertions. But someone trying to get you to do or buy something cares more about you doing or buying something than being a credible source of information. "Data-driven" is a marketing term. It makes leaders and decision-makers appear thoughtful, practical, and honest, even if they are nothing of the sort.