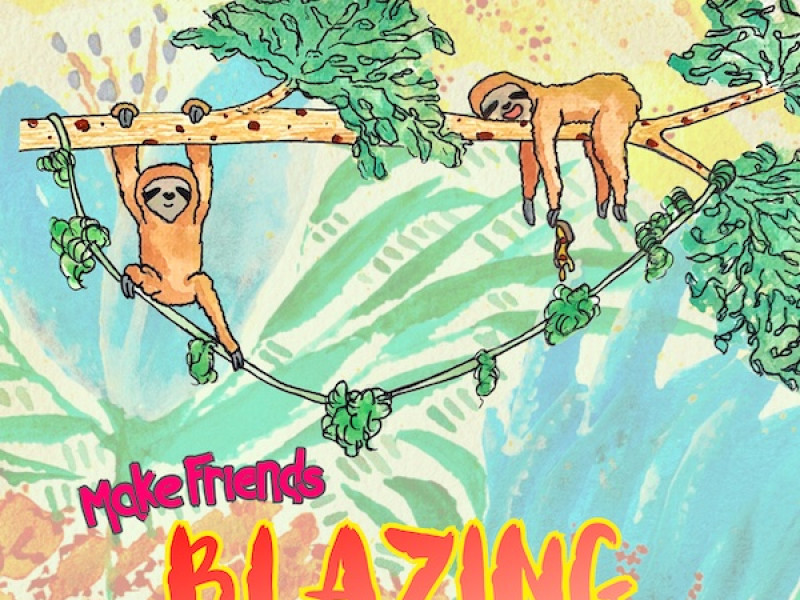 National Hazing Prevention Week (NHPW) is a publicity campaign that takes place in the final full week of September. That is when fraternity chapters are presumably flush with new members in need of hazing prevention training. But with little allowable debate on the topic of hazing, there is little opportunity for NHPW to expand beyond a single message to a limited audience.

There is a thread of logic that is quietly popular among fraternity volunteers and leaders: we want kegs back. Banning those was apparently a mistake given that, as tends to happen with prohibition, students turned to more potent and concealable alternatives (cue 2018 NIC hard liquor ban). This easing of keg-hate is only gaining traction twenty years after the alcohol-free housing movement started taking off. A generation of members were taught to cover their tracks and to downplay or disown the "social" aspect of fraternity.

Here is a statement that should not shock anyone: I think it would be wise to start implementing alternative reforms to prevent deaths due to hazing. More importantly, I think we can initiate this change on a peer-to-peer level, starting immediately. Members are ready to debate meaningful rites of passage, the building blocks of a productive relationship, and the hierarchy and design of their inter/national organizations. They are ready to consider alternative leadership and programming models. They are ready for gourmet CBD gummies to be available at their fraternity foundation silent auctions, right next to that fancy red wine.

So, to start. Here is the first (and hopefully only) Fraternity Man National Hazing Prevention Week poster. The sloths were a recommendation from a friend/follower/reader(?). The tagline, "Blaze don't Haze," had been rattling around in my head for years and sloths fit it perfectly. I find the fraternity/sorority approach to marijuana - which I would describe as wild discomfort - entertaining. It is a positive message, but somehow the opposite of what NHPW has come to be.

For those who are interested. This image is comprised of two separate watercolor paintings, one with a felt-tip pen outline, and digital lettering. 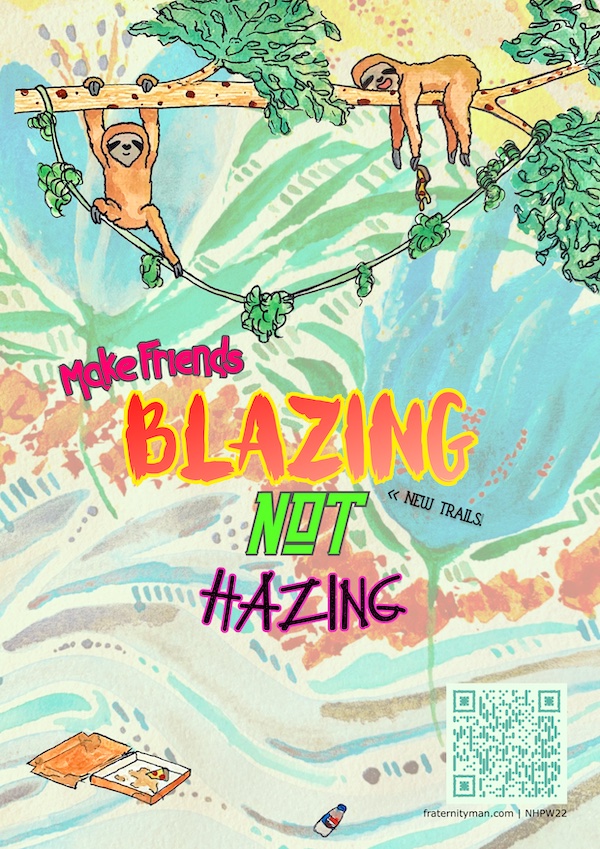 I do not know what Hazing Prevention or Stop Hazing or the NIC's parent coalition have in store as far as hazing prevention week posters go, but this one is sure to spark conversation. It's not just limited to posters. I'm selling this via RedBubble for a limited time, and have reduced my royalties by 97% to almost zero so that you can spread the message. Look at some items below! 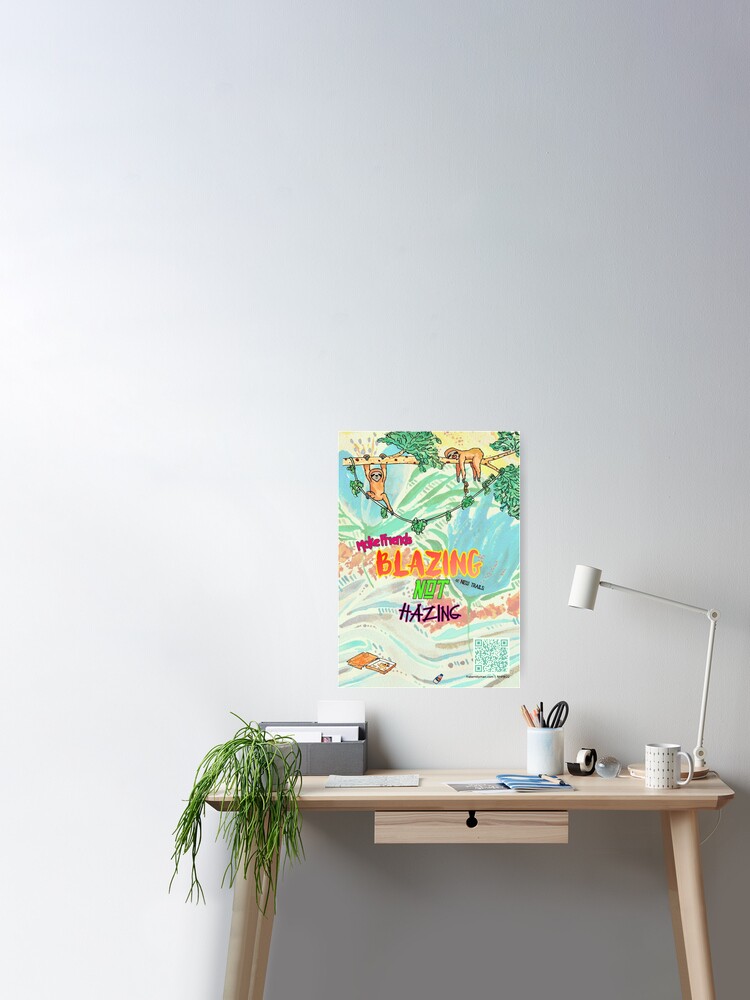 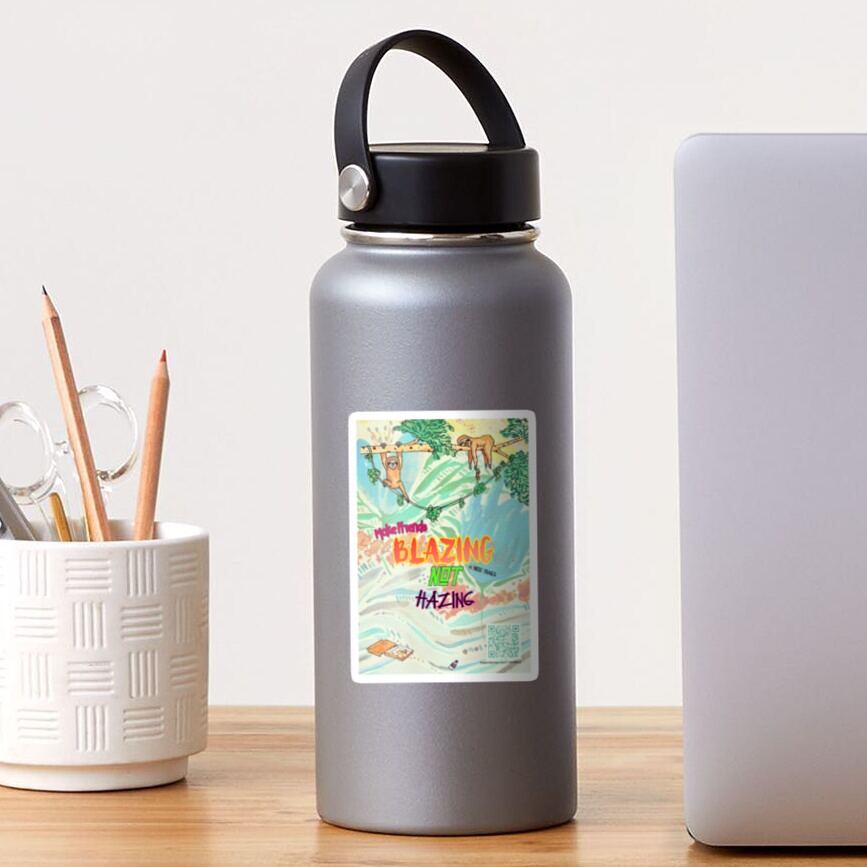 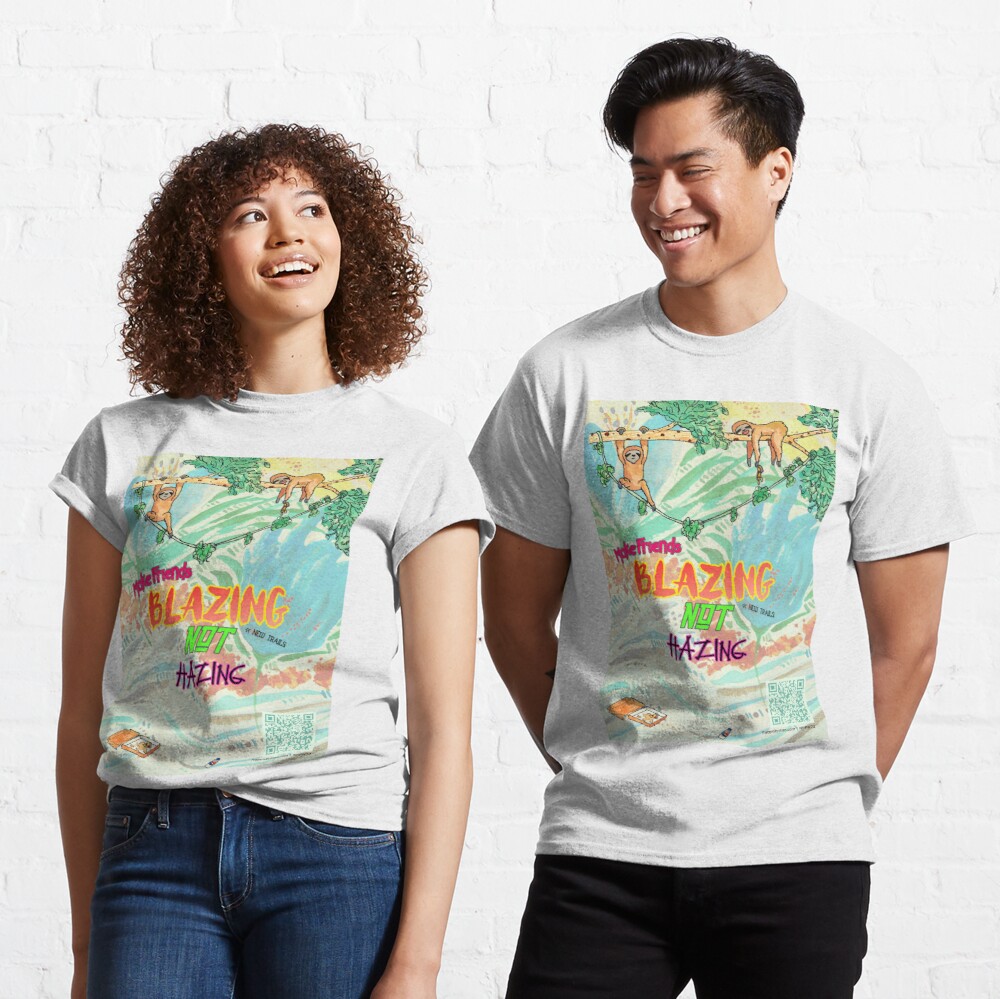 Thanks to all who shared ideas and encouragement to add a new flavor of conversation to this year's National Hazing Prevention Week. As I mentioned in this post, the way to broaden a membership organization's scope is to initiate conversations one-on-one or in small groups. Thanks for reading.