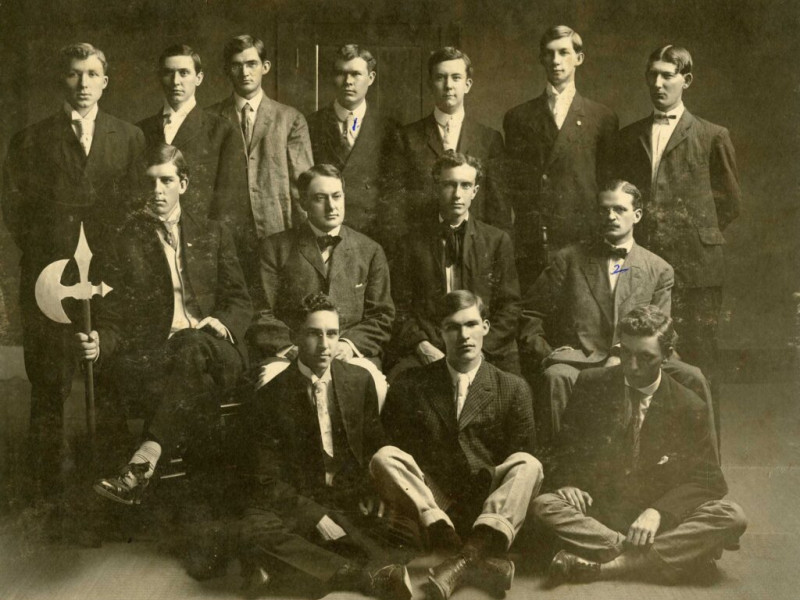 Why Today's Fraternity Men May Never "Be Like Their Founders"

A summary document explaining the basic expectations for chapters of Delta Sigma Phi Fraternity for the 2020-2021 academic year.

Delta Sigma Phi is a national fraternity with more than 6,000 undergraduate members at approximately 110 institutions across the United States. It was founded by fewer than a dozen teenagers at the City College of New York in 1899. The story of its founding is similar to that of many fraternities and sororities: A group of students wanted a social outlet that appealed to their collective interests and backgrounds.

The founders of Delta Sig basically sat in a room and swore an oath that one or more of them put together. There was not a maximum pledge period of 8 weeks, no hazing to prove one's worth, and no "new member education" process. They were just a group of friends who wanted to become better friends and support each other through college.

I spent 6 years working in the expansion of my fraternity and helped recruit hundreds of men into Delta Sig. I have also worked with or facilitated programs for roughly a dozen other fraternities and fraternity chapters. With that experience in mind - and memories of studies presented at fraternity conferences - I can safely assert that modern college students want the same thing. Students join fraternities first for the relationships.

Some might be drawn to Delta Delta Delta because of its relationship with St. Jude Children's Hospital. Some might like Sigma Nu's anti-hazing history (whether or not that affects modern chapters, who knows!). But most join because they like a group of people affiliated with a fraternity, not the fraternity's history, programs, or strategic plan. Our founding members were no different. The most significant difference between our founding fathers and modern fraternity students sprung from alumni like me trying to make the fraternity experience better by obsessively regulating it.

The demolition of student leadership and self-government

A modern fraternity chapter president will report to at least three individuals, and sometimes several more. That includes one or more individuals at their inter/national headquarters, one or more campus-based Student Affairs professionals, and one or more local volunteers representing one or more local volunteer boards. Those are just the people they report to. They must also balance the interests of their chapter members, other fraternities/sororities at their school, their respective governing council, the press, and (increasingly) inter-fraternal associations and umbrella groups.

Our founding members had ample time to discuss values, write rituals, and live in a world free of hazing because they were focused on friendship and academic success. Modern fraternity students are mere pawns in a political game between competing factions of fraternity professionals and volunteers. Each of the aforementioned groups that a chapter president reports to has specific expectations for the chapter (Delta Sig's annual expectations are attached to this article), and the relationships between fraternity offices, student affairs offices, and volunteer boards or often riddled with mistrust. Does that make any of those people "bad"? No, not everyone thinks the same way. But to suggest that "self-government" is a reality among fraternity chapters today is a preposterous claim.

No student club on a college campus is as micro-managed and regulated as fraternity and sorority chapters. Many schools require as few as three students and an advisor to form any club, except for those with Greek letters or the word "fraternity" in their name. How is that encouraging students to embody the spirit of their founders? How does that encourage students to forge lifelong relationships? We can blame student behavior and the media for our problems, but I have identified two (related) differences between the world of our respective founding members and today's fraternity members.

Your founders were not compelled to establish your organization based on a few values - those came after the fact. They were not inspired to create your fraternity and its ritual because they wanted to collect more trophies or service hours than the next-best chapter at their school. They wanted to establish friendships with other students with similar worldviews and interests.

For that reason, modern fraternity students can't be anything like their founders without significant decentralization and reform at the inter/national and interfraternal levels.

Update: This article was originally published on 12/10/2017, and has been re-written with links to newer content and for clarity. Thanks for reading!