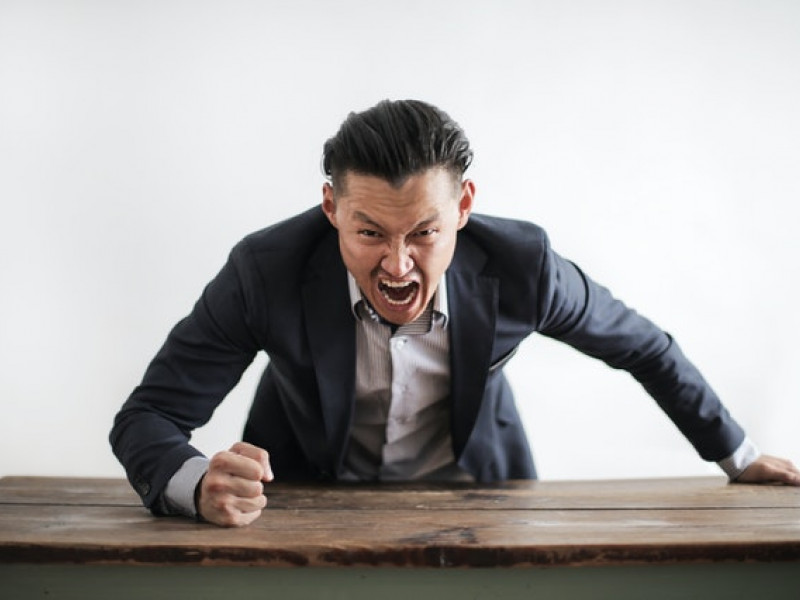 Fraternity and sorority professionals love to encourage students to "challenge the process," unless that process is the work or worldview of said professionals.

North-American Interfraternity Council (NIC) member fraternities - represented by the leaders of inter/national organizations - passed a resolution banning hard alcohol in chapter facilities at a 2018 NIC meeting. A few months before that meeting, the NIC's then-Chief Communications Officer, Heather Kirk, contacted me by phone to discuss my blog and other articles I had written about the NIC. I agreed to run questions by her to get the NIC's position/information before publishing other articles about the conference.

I sent an email with four questions to her after that 2018 NIC meeting (here's a screenshot). No one from the NIC ever replied, and so I stopped giving their staff the courtesy of advance notice. Here were the questions I sent in September of 2018:

Did I expect a "yes" answer to any of those questions? Not really. Would any answer have been better than leaving me and others to speculate? Yes. Because that is what happens when a supposedly representative trade association lacks any sort of accountability or transparency: People speculate. Another thing worth noting is that I made it clear to the NIC staff back in 2018 that my focus was accountability, transparency, and representation.

The Playbook: Ignore the messenger; harass his friends

I wrote other articles about the NIC since then. One 2019 article criticized the NIC's Campus Support Model and Inter-Fraternity Council (IFC) Dues structure. At the time, the NIC planned to charge IFCs $330 for every non-NIC chapter on their campus compared to just $30 for NIC-member fraternity chapters. This went viral (relatively, of course), and four fraternities instructed their undergraduate members not to pay the extra fee. Then, the NIC staff employed a familiar tactic. . .

You see, I worked at Legacy Financial in 2018. LegFi was a NIC sponsor. Multiple NIC staff contacted my supervisors to complain about my article(s) and to get me to talk to a NIC staff member. Those passive-aggressive threats are what led to my original conversation with Ms. Kirk. By 2019 I no longer worked at LegFi and had left the fraternity/sorority professional world entirely. So, instead of threatening my ability to earn a living, they complained to my fraternity's leadership (lol, like, why?). I agreed to meet with the NIC CEO over lunch.

It was a friendly meeting; neither of us are monsters. He requested the same thing Kirk requested a year prior - that I communicate with the NIC staff before publishing articles about the conference. I sent a couple of emails and, to their credit, the current staff responded. That said, trust was never firmly established. For example, they imply that research they fund says things it does not say and that fraternities give millions more in academic scholarships than they actually did. Still, I admit that I gave them no reason to believe that I am a loyal or friendly outlet.

Then, about a week ago, I published a new article about the "NIC 2.0" reform effort meant to "restore trust and confidence in the conference" (their words). One key takeaway is that the NIC experienced a net loss of 16 member fraternities between 2015 and now. That, I argue, is a sign that they failed in their mission to restore trust and confidence in the conference. The article concludes by suggesting that members petition their respective fraternities for a cost-benefit analysis of NIC membership and that IFC leaders lobby for a vote on NIC matters. Once again, the NIC staff, former staff, and FSL professionals beholden to the conference went into overdrive to smother the news and to harass or demean those they could affiliate with me, my site, or my general worldview.

They sent a memo to executives of member fraternities addressing points made in my article. One example is that although, yes, the CEO was paid $421,000+, something between $70k-$100k was actually just a really nice, pre-determined bonus. I shared my article in a Facebook group called the "Fraternity/Sorority Newsfeed" and former NIC staff and fans commented that Jud Horras was a great person, a hard worker, and that the story was not "news" from a "legitimate journalistic outlet" (Not that I called him bad, lazy, or my blog a "legitimate journalistic outlet"). That group includes many "Opinion" pieces and stories from student newspapers, but the moderators removed my article. I attached a free and public resource from Sigma Phi Epsilon to the article. Their communications chief (who just so happens to be Heather Kirk, who just happened to "like" the comments in that Facebook Group) said that she received many email complaints questioning what role or affiliation SigEp had with my site and asked that I remove the resource.

But the critics and hecklers did not address important points from my article:

So, to review: I published an informed critique of the NIC. I made the case that fraternity and IFC members should question the value of NIC membership. The NIC did its best not to publicly acknowledge the points made or FraternityMan.com even as its staff worked frantically behind the scenes to discredit the article and/or my website.

The message that gets lost amid the drama and damage control

My position on NIC matters has been the same since I started writing about Greek Life 10 years ago and since I started Fraternity Man in 2014. It is reasonable and relatively popular among fraternity members, volunteers, and professionals:

Unfortunately, when a fraternity member offers feedback or "news" that doesn't suit the existing agenda of the fraternity/sorority field of work, the latter's only mission is to disown and disparage the messenger.

One might imagine that professionals who purport to teach students about accountability, transparency, and representation would model the way in their work. If that were the case, then the NIC might have given IFCs a vote after I met with Mr. Horras two years ago. If it were the case then the members of the NIC's Governing Council might understand that the article I wrote last week was a critique of them more than one person's compensation. After all, the Governing Council is meant to hold the NIC accountable. That is why it is a "governing" council and not an "advisory" council. Furthermore, the members of the governing council are leaders of democratic fraternal organizations themselves. They should know that their decisions are meant to be representative and that they answer to a legislative body. One cannot be representative if they do not know the opinions or interests of those they claim to represent.

Instead of living up to their demands for accountability, many professionals in this field of work maintain a toxic habit of shifting blame, villainizing those who challenge the status quo, and squashing internal critiques/critics. They talk about opinionated volunteers or student members like ignorant undesirables who need to be re-educated or ostracized if re-education fails (as it always does). They believe they are uniquely qualified to dictate how fraternities should operate, and they are empowered by the fact that decision-making authority is increasingly centralized and dependent upon the professional class. Those fraternities that operate under a different model are treated as threats to the fraternity experience. This, of course, is not based upon evidence or any sort of measurable criteria, but because such fraternities are not committed to the enrichment of the preferred organizations and associations of the fraternity/sorority professional field.

Of course, that's not how anyone working in fraternity/sorority life sees themselves and, of course, this does not apply to all (or even most) of those in that field of work. But it does apply to many we deify as topical experts. It does apply to many who happen to sit on the NIC's Governing Council. We often praise student members who fall in line as the ones who "get it." Some of the aforementioned experts and Governing Council members have been "getting it" since before they kicked off their fraternity/sorority career. If they change course, if they no longer "get it," then they might be exposed to the same type of ostracization and harassment that they and their peers have levied on so many forgotten fraternity men and women who tried to speak up. That is to say that I am not the only fraternity man or woman who has experienced this type of treatment. I just happen to be one who publishes what I know and learn on a public website.

But the "get it" mob has a concern bigger than FraternityMan.com. A concern the mob tries even harder not to validate or acknowledge: The fraternity experience can, will, and already does (in the form of underground/local chapters) survive without the field of work built upon it.

A scarier thought? That student members come to understand the real power they have to control the budgets, the votes, and, ultimately, organizations like the NIC. If students took control, would they treat fraternity/sorority professionals as dismissively as the students are treated today? Would they be as careless with their decisions as a conference that hiked IFC dues during a college debt crisis? Maybe not. . . if fraternity/sorority professionals start to treat student members as genuine partners and equals.

Many fraternities and fraternity professionals are already on that path. That is why they severed or reduced ties to the NIC.