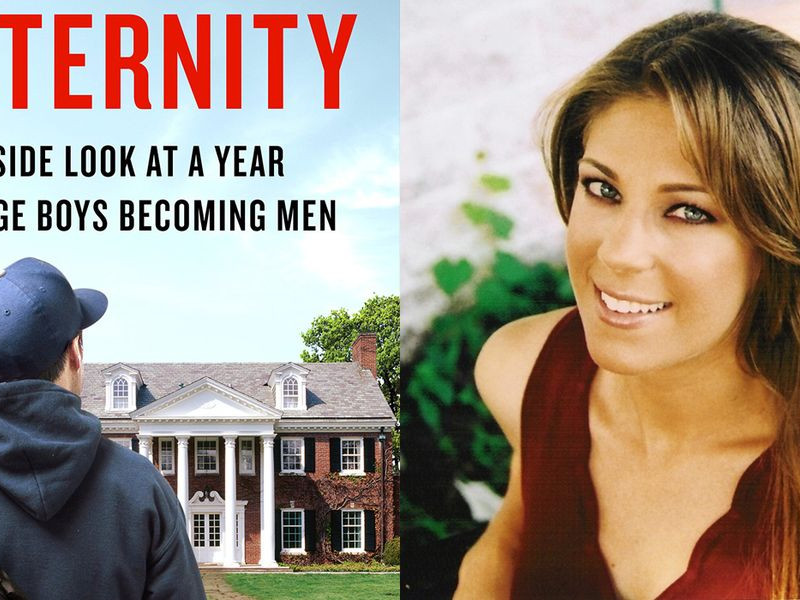 Today's Greek Life with Nik Koulogeorge | How to Adult Podcast (2021)

This episode of Travis Walker's podcast covers the history, purpose, and hurdles of Greek Life with Fraternity Man founder, Nik Koulogeorge. Nik and Travis discuss the continued segregation of modern fraternities and how Greek Life can overcome its greatest challenges.

Alexandra Robbins is an investigative journalist and author of 2019's Fraternity: An Inside Look at a Year of College Boys Becoming Men. I first heard about Fraternity from a friend who described it as, "Like Pledged, but pro-fraternity." It was not the most accurate description, but it seemed to fall in line with what fraternity/sorority professionals were saying at the time.

Pledged (2005) offered a fly-on-the-wall observation of sorority life. It did not paint a pretty picture of the sorority experience. In both cases, Robbins spent a year meeting with and observing fraternity and sorority chapters. Fraternity, however, takes a friendlier approach. For this reason, it was better received among fraternity members and professionals. The stories of two fraternity men (Oliver and Jake) and their respective chapters make up the bulk of the book. Shorter stories of other fraternity members, such as a transfer student who experienced membership in two chapters of the same fraternity, fit between the major storylines. Robbins shares personal observations and opinions throughout the book. This is most true at the end, where she offers direct advice to readers.

One day, shortly after Fraternity's release, Robbins' publicist contacted me on Twitter and offered a chance to interview the author. I immediately ordered the book and read as much as I could before we had a chance to talk. We had a great conversation, and I published an article about the interview and book shortly after the latter was released. That was three years ago, and much has happened in the fraternity world since 2019 (including a new FraternityMan.com website!), so I figured I would take a moment to re-write and re-publish this article with links and references to newer information and content.

In an interview with Esquire, Robbins is asked how fraternities could rehab their image. She suggests that they can turn the narrative around by focusing on helping students develop their communications skills. Furthermore, fraternities can offer a safe space among other guys. "I think that can be valuable on campus and to members," Robbins says.

With the Esquire interview in mind, I asked Robbins for two or three things fraternities could do to effectively rebrand themselves. If we were organizations meant to develop interpersonal skills and to provide a safe space for men among men, how could our actions live up to those talking points?

1. Replace hazing with another difficult challenge

Hazing has outmaneuvered outright prohibition, and many people - whether it is right or wrong - feel as if they need to "earn something to be considered a true member." Now, I met many men from chapters who did not want to make their pledging process difficult, and who wanted to spend that time getting to know one another. They seemed to have as strong a brotherhood as any other chapter. But if a fraternity could create an alternative to hazing - something community service driven which is a challenge to accomplish - it could fill that need.

Two years later, this quote from Robbins holds up and is finding academic support.

It could incorporate that alternative model to hazing, but may also include just promoting more openness among members, connecting with parents, or creating a sort of "Healthy Masculinity" membership program.

So many fraternity members come to college with this understanding of masculinity established by [the 1978 movie] Animal House. In surveys, most students say they think that others at college drink and have sex more than others actually do. If they were more aware of the fact that they are not different, they may not create those environments which pull chapters down a wrong path.

Fraternities, and specifically historically white fraternities, need to find a way to encourage greater diversity in their membership. Whether that's through greater access, or publicity, or celebrating those chapters which demonstrate diversity. Diversity helps break down the stereotypes and impressions students hold of others and help fraternity chapters connect with more students on campus. That may also include greater collaborations with other organizations.

Robbins noted that members of multicultural organizations she met seemed to have better relationships with those chapters which embraced diversity.

This topic has also come to the forefront since she and I had a chance to talk. Much of what has become the Abolish Greek Life initiative is based around the notion that historically white fraternities are too exclusive and not diverse enough. After the Black Lives Matter protests of 2020, just about every historically white fraternity and sorority launched some form of diversity, equity, and inclusion committee or project.

Still, it is important to note that Robbins emphasizes "access," which is not necessarily the outcome of top-down diversity initiatives.

Other notable quotes and takeaways

Some of the chapters I learned about have a very strong alumni presence and support system who would step in at any sign of trouble and who basically helped run the organization. That seems to be critical, because it helps students feel connected and supported.

There needs to be an intermediary between a chapter and its national organization. Alumni chapters or boards can fill that role. They help students feel as if they are supported

One story from Fraternity focuses on a student named Ben. The name is fictional, but the story of Ben (like all others in the book) is based on an actual student/chapter observed by Robbins during her year-long study. Ben's chapter expels a member with a taste for hazing and authority. In the book, Ben says that they could easily solve the problem by calling their alumni for help, but that doing so might result in their national organization learning about the situation. He worries that they will "take it too far" by holding a membership review - something he saw another chapter go through.

This is a common fear among students, that reporting an issue will result in it being blown out of proportion by fraternity/sorority professionals. Our leaders' penchant for prohibition as well as centralized authority results in situations like that experienced by Ben (click the links to read about those issues as they relate to fraternities).

If a chapter were to create a study group around "Fraternity," what should they emphasize in their discussions?

How to be more like Oliver's chapter and less like Jake's chapter. Honestly, just read the book (laughs). I think it would be good for a chapter to discuss how to represent masculiity in the modern world, how they could establish a worthy alternative to pledging - which many still believe should be a difficult experience, and how they can better connect with parents.

I think they could discuss what their perceptions are of what a good fraternity is, or their ideas about masculinity and manhood. They could talk about the difference between how students act compared to what they believe to be typical behavior.

When I first published my interview with Robbins, I wrote: "Robbins offers the most compelling, pro-student approach to the future of fraternities being presented through mainstream media at this point. More than any representative of any fraternity, any umbrella association, or any association president, Robbins is our most articulate, informed, and capable advocate in 2019."

I still believe that to be the case, particularly when one compares Robbins to her journalistic peers. The fraternity experience would be better off if more fraternity leaders and members took her advice or encouraged other journalists to study the fraternity community as she did to prepare for this book. I hope that those of you who read (or have read) Fraternity do not limit your understanding of her work to "something more pro-fraternity than Pledged. Take whatever opportunity you may have to reflect upon the creative ideas shared by Robbins to improve the fraternity world. Discuss those ideas with friends, brothers, or sisters whenever you get the chance.